We love the smell of burnt tires in the morning. The whiz of bullets overhead can also bring a person to life! If you’re looking for games where you can enjoy both, you’ve come to the right place.

Vehicular combat games are entertainment for people who live for wild action and have a high chaos level in their blood. If the gameplay in other video games does not trigger particularly strong emotions in you, then in these suggestions you will discover something new and exciting for sure. Expect everything: racing, survival, brutal combat, intense truck shootings, and post-apocalyptic battle royale, set in realities straight from the Mad Max movie set. Ready for a ride? Get at the wheel!

A racing game full of wicked humor, known as controversial for some time. The Carmageddon series is so loved by players, that many fans supported the fundraiser set up by its creators. If you suspect your middle name should be Chaos, then this is just the thing for you. 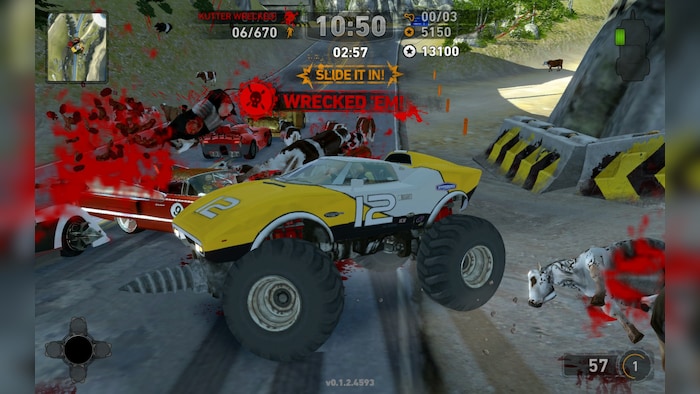 Your car, your laws! There are no rules in Carmageddon, and your job is to spread panic and destruction in the streets. The more people you kill, the closer you are to winning. Explore various locations, try all the available game modes and drive every car there is.

One of the best motorcycle fighting games for Nintendo Switch. The alien race driver announces that if the earthlings fail to compete in the races, the planet will be turned into a large parking lot. Does it remind you of a Space Jam scenario? Maybe, but it’s all about speed here! 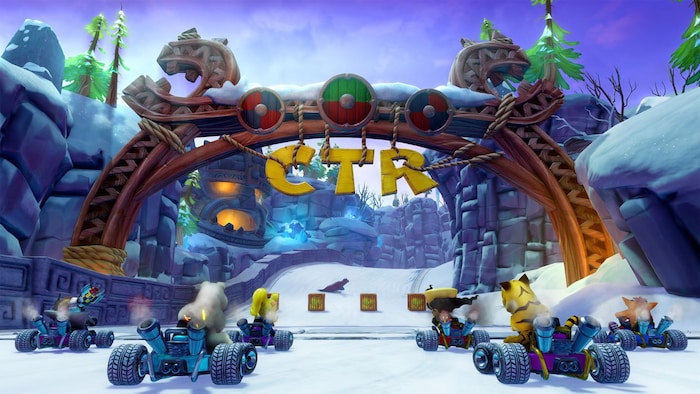 Play with Crash’s team and set out to compete for the title of the fastest one. Get in awesome karts and traverse twisted maps in this colorful world of cartoon racing. Ride the tracks, collect rewards, get power-ups, and use sneaky tricks. You have to be the fastest of the fastest!

The fourth installment of the appreciated series of battle racing games, polished with the help of the players themselves. Become a FlatOut 4 driver and show that you are second to none! It will be sharp, brutal, and hot. 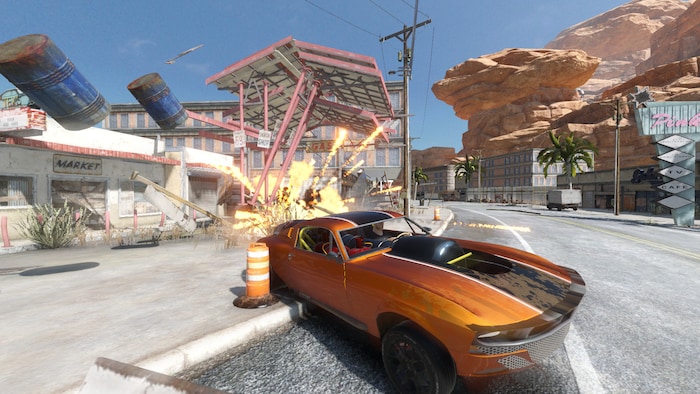 Take part in badass races without any rules. To win, you just have to eliminate everything and everyone in your path. Sounds complicated? Do not worry, as soon as you take the wheel of your vehicle, the road will lead you. You can be certain there will be crashes, explosions, and absolute demolition. Try mini-games and see what else you are capable of!

Anyone who knows the Mad Max title knows there is a decent, post-apocalyptic adventure ahead. Play as Max and together with your irreplaceable car, set off to find your luck in the merciless Wasteland. 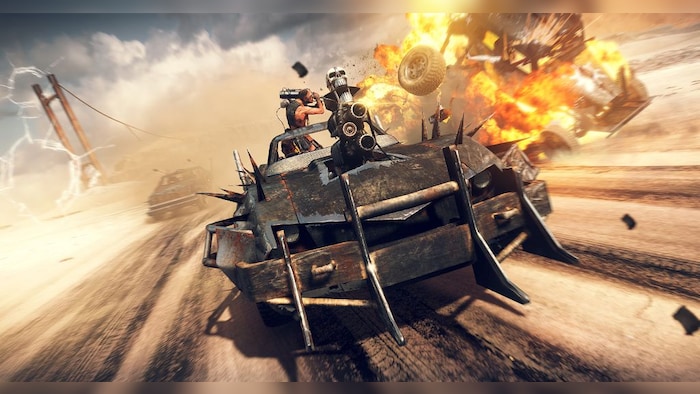 Say goodbye to modern reality and enter the open world of Mad Max to discover all its secrets and riches. Your goal is to upgrade your vehicle. Before you achieve it, you will have to fight your way through hordes of enemies, traps, and unexpected adventures. Your companion on this journey will be your trusted Magnum Opus, with which you can get anyplace. Take part in mad battles, find resources and food and avoid the dangers lurking in the dangerous Wasteland.

Mario could not miss the ranking of the best racing games. And Mario Kart 8 Deluxe is not only the basic version of the game but also all the additions and improvements, that will make you enjoy everything that this game has to offer. 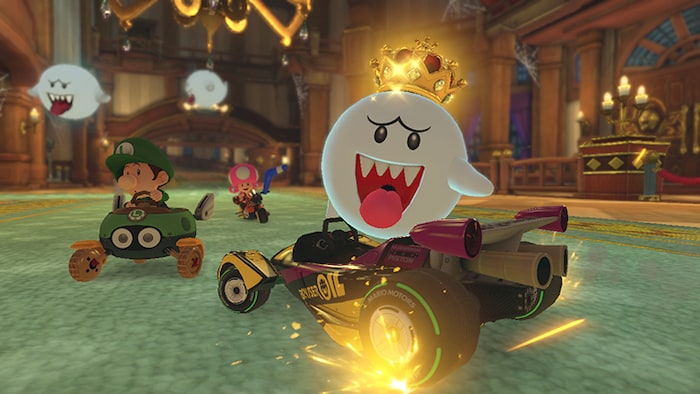 Enter the game and let yourself be carried away by the race passion right away! Choose from a variety of transport, including even water and air vehicles! The colorful tracks will delight and surprise you with how twisted they can be. Ride them however you like! In this installment of the game, you can even handle tracks by driving up the walls or completely upside down. Race in the air, underwater, and find out that gravity has no power over you.

A proposition for players who especially like racing games, aimed at demolition and chaos. Play Wreckfest and see the most realistic world of racing destruction. 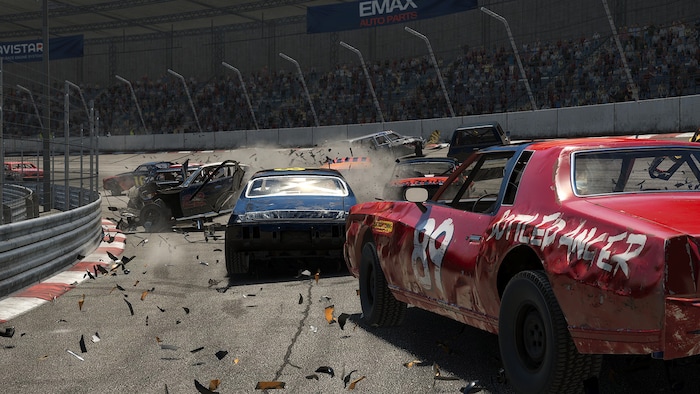 No holds barred. Ride in crazy street races, crash in collisions, destroy enemy vehicles and eliminate them from the game. Your winning depends not only on your skills but also on the car’s gear. You can custom your vehicle as you wish, so that it is pleasing to your eye and very deadly for other participants of the race.

Races and zombies. You will keep your hands and mind busy as Zombie Driver combines these two features. Get ready because the game will be fast, brutal, and focused on your fight for survival in a violent, post-apocalyptic world. 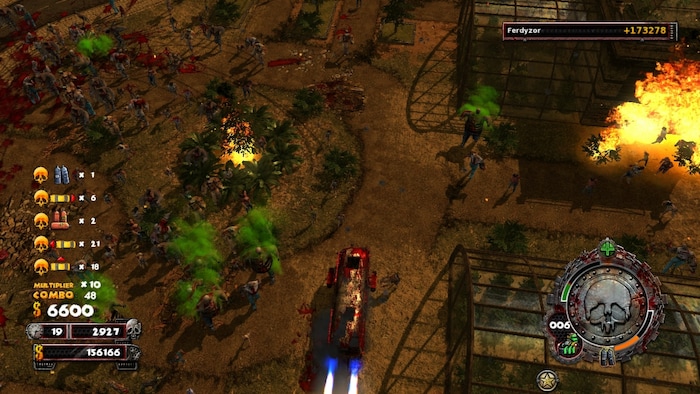 As a result of a chemical experiment, the world was flooded with bloodthirsty zombies. The familiar reality has turned into a gloomy caricature of what it has been so far. Well, you don’t have many options left. Get in the game and spend your life fighting the zombies! You can run them over or chase and eliminate them with powerful weapons. By killing your opponents, you earn money that will allow you to develop your arsenal. You can even get yourself a nice military truck. So stand up to fight and clear the world of zombies!

A cooperative treat for fans of fierce competition in a multiplayer mode. Fight as a team, complete tasks, and become invincible together. 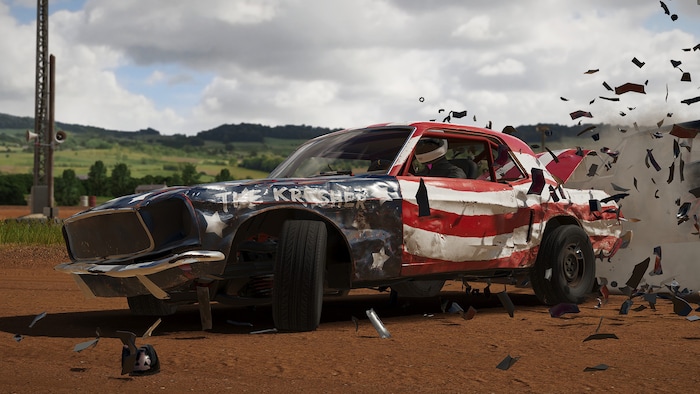 Choose from many vehicles that are a sure guarantee of your win. Customize their features to suit your playstyle and enter a racing world like never before! Each game mode has different gameplay objectives. You have to work together to win. Hit the track together, avoid traps, race, and complete checkpoints. There is no monotony in this game, and the winning options are countless.

Every Star Wars fan dreams of one thing – to take part in speeder races. And any of them can do it. Star Wars Episode I: Racer has been offering this kind of entertainment on Steam to PC users for years. And now it’s also available to PS4, Nintendo Switch, and Xbox One owners! 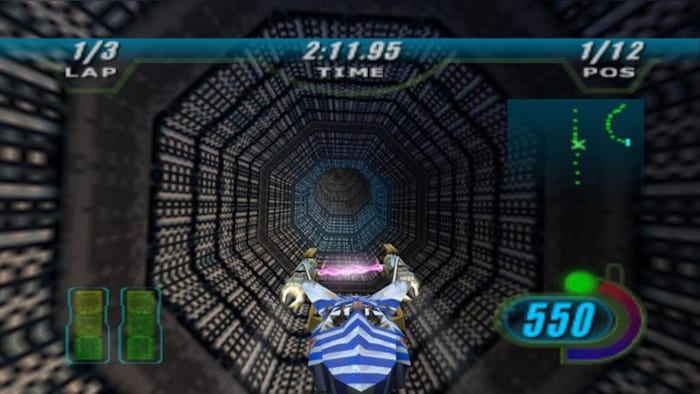 This title is very faithful to the racing style of the racers, known from the movie series. Play as one of several available players, then choose your machine and compete. No holds barred! And since fair-play is kinda a fiction here, feel free to apply any dirty moves you can think of. And all of this on long routes spread across the galaxy straight out from the most famous sci-fi saga.

One of the best car combat games, in which you will take part in the most spectacular competition for a TV program. Engage in the fight and race, but most of all – make a good show of it! 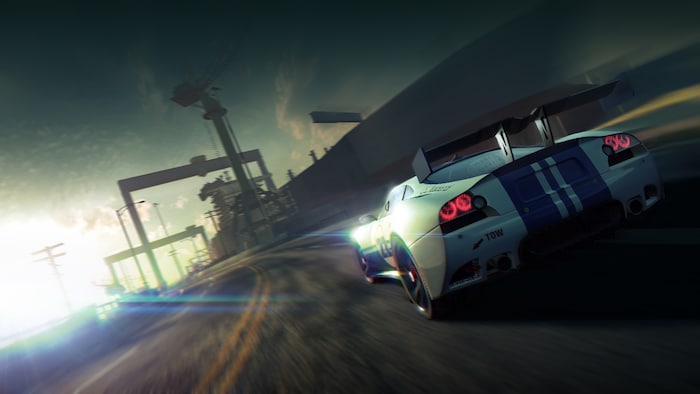 Blowing up buildings, taking part in truck shootings, and wreaking havoc in the streets remain activities that aren’t very welcome in real life. But sometimes people just want to blow up something anyway.

Fortunately, we have access to hundreds of fantastic battle racing games with action-packed gameplay like never before. Everyone wants a bit of brutal steel smashing from time to time. Fast-paced racing or an exciting fight for survival in a post-apocalyptic world. And if you need something lighter, but also set in a similar atmosphere – you can see for yourself, that you will find comparable emotions in car combat games like Mario or Crash Team Racing. So whatever you are seeking, you can rest easy. With each of these titles, your heart will beat to the rhythm of adrenaline and mad speed rush!