Action, Brawler
Join the 23-years-old Peter parker in his daily duties both in and out of the Spider-Man costume. Insomniac Games’ production is the best game about the webhead to date. Buy... 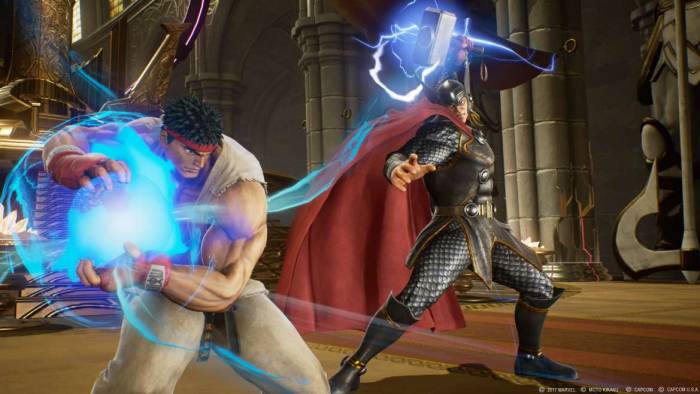 Fighting
See and play through the clashes between some of the most iconic Marvel and Capcom characters. Can you solve the crisis which brought the two universes together in the first...

Action-adventure
No other game is going to give you such a dimension-hopping adventure with four distinct versions of Spider-Man taking on their own variants of the webheads rogues gallery. Buy Spider-Man:...

Kang the Conqueror invaded Earth once again and his time and space-warping technology has created the amalgam city of Chronopolis, merging many iconic places into one.

Action-RPG
If you liked the Civil War storyline in the comics, Marvel Ultimate Alliance 2 is going to let you play through key elements of that arc. Pick a side, make...

Hack and slash, action-adventure
Become the deadliest man in the world with this adaptation of X-Men Origins: Wolverine film. Experience Logan’s story as it jumps from flashbacks to the present time. Buy X-Men Origins:...

They call me Gato, I have metal joints. Beat me up and win 15 Silver Points. |Narrator, Fallout