Windows 10 has been around for quite some time now, but there’s still a pretty impressive bunch of people using previous versions of Microsoft’s flagship OS, including Win 7. What are the differences between Windows 7 and 10? Which is better? We’re about to find out.

Let’s get the most obvious thing out of the way. Windows 7, as good as it was, is now a thing of the past. You can still use it, there are still PCs on which this system is installed, over 12% of traditional computers that can run Windows are running Win 7, and it remains popular in several countries, such as China, Syria, Venezuela or India.

But the problem is that Microsoft ceased further updates and development of this system in 2020, meaning that at one point it will become unsupported by virtually everybody and there will be so many security holes that’ll make Windows 7 not only pretty much unusable, but also extremely vulnerable and dangerous to your online safety.

With that in mind, if you’re still unsure whether you should upgrade to Windows 10 or not, we’ve prepared a comparison that’ll help you make the best decision for yourself. We took various aspects into account, including security and privacy. Which one is better for gaming performance? Which one is more efficient? The answer lies below, so read on! 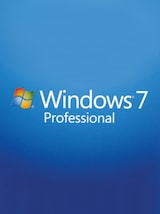 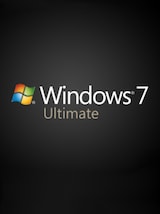 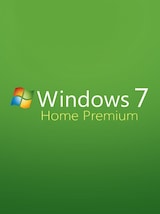 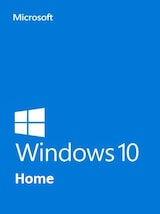 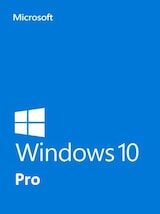 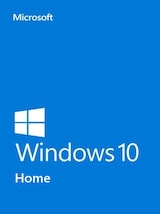 What are these systems all about?

Released in 2009, Windows 7 was a major improvement over Windows Vista in virtually every aspect. Reviewers and users praised its performance, much more intuitive interface and all sorts of upgrades.

Three years later, however, Microsoft released Windows 8, which was considered a revolution, especially when it comes to UI-related changes. Its reception was rather mixed because of that, despite improved performance. Still, Microsoft did not relent. A new version of the system, Windows 10, was published in 2015, with Windows 8 falling out of favor and no longer being supported as of 2020.

Did people like the latest OS from Microsoft? Again, its critical reception was rather mixed at first, but it has become the most popular MS-produced system. Many of its drawbacks have disappeared after subsequent upgrades and fixes. Some even say it’s the best Windows so far.

So, what’s the difference between Windows 7 and 10? Let’s take a look at various features and aspects of these systems. This will help you find out which one of these is a better option for you.

Windows 7 is classically-inclined all the way. Its menus and interface are basically just an evolution of what we’ve seen in Windows Vista, Windows XP, heck, even Windows 98. That’s why so many people felt at home when they switched to 7. It features the famous Aero look as well.

That’s why people loved it. It’s simple and straight to the point. Windows 10, on the other hand, continues the revolution started with Windows 8. It does improve upon the new interface model, though, going back to the desktop-oriented model as opposed to the tablet-oriented one found in 8. It’s touchscreen-optimized and features, allows easier access to the most popular apps through the Microsoft Store and features the so-called Live Tiles that show you the info you need – news, weather and so on – without having to open a dedicated app.

So, while it might take some time getting used to, the interface found in Windows 10 is more user-friendly and highly customizable, even more so than the one in Windows 7.

People say Windows 10 violates your privacy through telemetry data collection. True, Win 10 collects a lot more information that 7 does, but the thing is you can totally disable telemetry through various third-party applications.

In terms of security, however, Windows 10 is a lot, lot better, hands down. Since Windows 7 is no longer receiving support, if you want to stay safe from all sorts of viruses and malware, you should upgrade to Win 10 rather than stick to Win 7. It’s supported by facts. Webroot, a security company, shared some statistics in 2018 that showed 63% of malware was on Windows 7 and just 15% on Windows 10. Old stats, sure, but we’re pretty certain these numbers are even worse for 7 than they were 4 years ago.

This is where Windows 7 wins. Some businesses never transitioned to Windows 10 because some third-party tools work better – or actually work – on 7 instead. Of course we’re not talking about mainstream apps that are obviously constantly updated, including Microsoft Office, Steam, Photoshop and the like.

Some apps, such as Windows Movie Maker, have disappeared from Windows 10 completely and this is why people remain loyal to Windows 7 to this day. Still, if you’re not using any legacy software that requires older operating systems to work, there’s no reason why you shouldn’t move on to Windows 10.

This one is also where Windows 7 wins, especially when it comes to older hardware. It’s just far less taxing for your computer. Windows 10, on the other hand, has lots of processes happening in the background. It’s just so busy that it would probably choke an older machine. So, even though hardware requirements of both Windows 7 and 10 are pretty much the same, the latter is far more demanding.

Windows 10 is basically optimized for modern computers and SSDs. It works like a charm on these. Also, this system is so much better when it comes to installing new devices. It just finds drivers online and saves you a lot of time and trouble.

Again, if you’re using a more modern PC, you should go with Windows 10. If it’s an old one, we suppose it’s best if you stick to Win 7 until you get a new computer.

This one sort of relates to the previous point. Windows 10 supports DirectX 12, which means it’s well-suited for newer games. Actually, some won’t even run on Windows 7 at all, as they don’t support it.

In addition to this, the performance is usually better on Windows 10 thanks to all sorts of software optimizations, although Windows 7 is actually not that far behind. Still, sudden FPS drops and micro-stutters can be a problem in online gaming. Windows 7 also uses more RAM compared to Windows 10, which makes the latter better in this respect. In general, new games run faster on Windows 10, even though the difference seems rather minimal.

When it comes to older games, Windows 7 might be a better choice thanks to better legacy software support. Windows 10 features built-in compatibility modes, of course, but 7 still wins here. You’ll just be able to launch a whole lot more games without any hassle on the older system, whereas doing so on 10 will probably require much more tinkering, sometimes with rather miserable results.

So, to sum up: if you want to play new games, Windows 10 should be your choice. If you’re looking forward to playing some oldies instead, Windows 7 seems like a better option.

So, is Windows 10 better than Windows 7? As it turns out, it’s much better to choose Windows 10 these days. It’s far more secure thanks to continued updates, modern games work better on it and the interface doesn’t take much getting used to. It has some cool functions as well. However, there are some privacy concerns and auto-updates are a bit of a problem. You can’t really disable them and there’s a risk of a bug that can cause the apps you’re using to stop working (and that’s likely to happen).

Still, while Windows 7 has a whole lot of merits and many see it as the best Windows ever, it’s no longer updated, meaning it’s a security hole-fest. If you’re concerned about your online safety, Windows 7 is a really bad choice. Ultimately, if you have a more modern computer capable of running Windows 10 without any problems, you should pick 10.

Windows 7 seems good only for legacy software and older games, and it’s unfortunately riddled with possible exploits and bugs that will remain unfixed. As great as it was, it’s better to let it go.