If there is one thing that makes gamers unite… I’d like to know what it is. But out of many possible candidates that wouldn’t make for such a cheeky article, I’ll say that we tend to form a united front against the garbage bin movies supposedly based on video games.

Let’s sprinkle that wound with a pinch of artisan salt, stab it with a blunt fork, and take a look at some of the most abominable creations movie companies have decided to torment us with over the past, oh, almost thirty years. Grab your safety blanket, it’s going to get DARK. We’re going from bad to the worst, but this cinematic landfill only has a deep end and everything is subjective so if You consider Michael Fassbender’s Assasin’s Creed or poor man’s Pacman in form of the Pixels movie to be bad, buckle up because that movie is stellar in comparison with those from the below list.

This movie is among the worst video game adaptations even though it is still not released yet. The trailer for Sonic, unfortunately (Or fortunately) was met with so much criticism, that the producers decided to re-made the movie, Sonic’s look in particular. 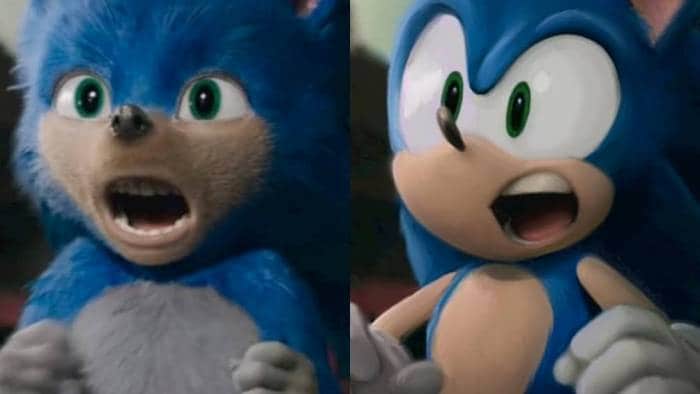 Quite recently the Internet formed a united front in taking the total piss out of the blue abomination with too human… everything (EVERYTHING!). The backlash was so massive that Manic the Manhog is going to undergo severe corrective therapy in the CGI labs to become the lovable icon that SEGA has been cheerfully mutilating for the past thirty years. Who would have thought that turning Sonic into a blue version of Mike Myer’s Cat in the Hat was going to mortify and confuse?

I know, I know, the movie’s not out yet. At the moment of writing, we don’t even know what the redesigned Sonic will look like. For sure, anything’s better than bizarro Island of Doctor Moreau Sonic, but the artists have very little time to change everything according to new corporate directives. Also: Jim Carrey’s face must have been too expensive to make him look like Robotnik, so they turned him into color and gender-swapped Yzma in her scientist outfit.

The first Mortal Kombat was… fine. It was as cheesy as it gets, and there was not a lick of sense to anything going on, but it had Christopher Lambert as Raiden, and Cary-Hiroyuki Tagawa as Shang Tsung. It was good fun. 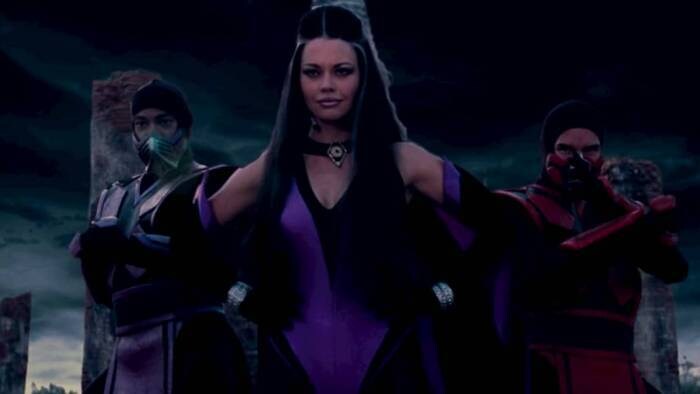 Its sequel was not. Its fight choreography had twice the pirouettes of any teenage-oriented dance movie, but half that grace, energy, and tension. The story was also bollocks, but it was before Mortal Kombat skript kreators decided to make sense and wrote MK9 and sequels, so, you know, whatever. 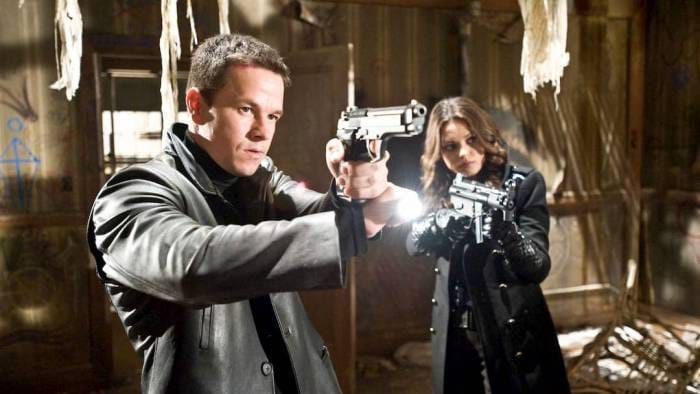 There are problems with the Max Payne movie. Most of it can be boiled down to the fact that if you make a movie out of a cool stylish action game, but forget to a cool action, then you’re in trouble. It was just kind of… dull and uninteresting, barely capturing the noir vibe of the games. The movie is bad, but it wouldn’t be on this list if it wasn’t for one thing: Mark Wahlberg has nothing on Sam Lake’s grimace from OG Max Payne. 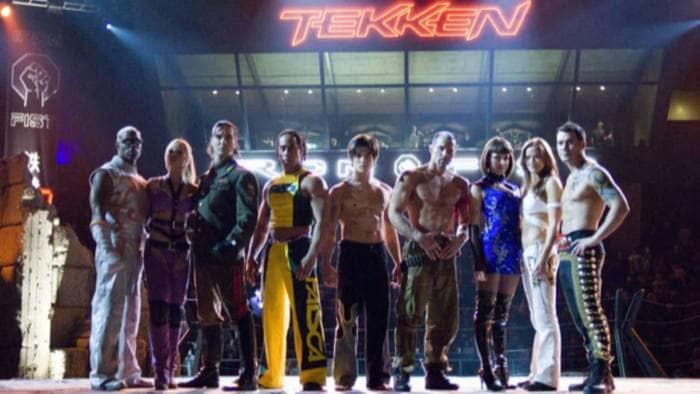 Some people reportedly even saw it, but you probably don’t know any of them, which reduces the entire audience to an urban legend akin to your friend’s Canadian girlfriend. But, to be fair, it did a half-decent job at portraying the soap opera that is the Mishima family’s story. So there’s that, at least.

The first, but definitely not the last movie on this list, by the German master of tax returns, the one and only – Uwe Boll. 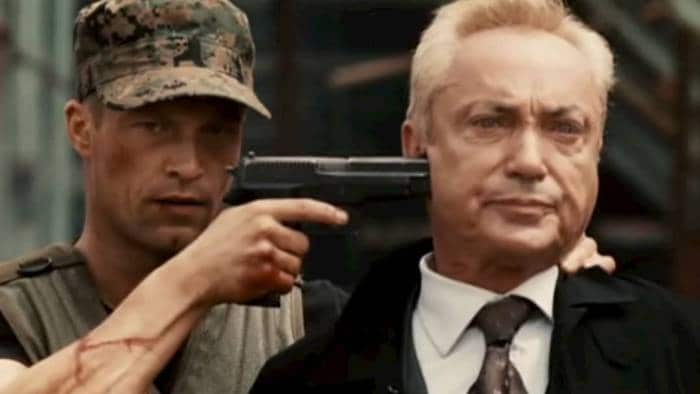 If you recall the original game, it was pretty, it was fun, and people wanted to spend time with it. Uwe Boll’s version is the Dark Link, the NegaDuck, version of that, except not cool and worse in every aspect. It is even more painful when You realize the acting potential of the cast with fantastic Til Schweiger, Emmanuelle Vaugier and the legendary Udo Kier. With a better script and average special effects, this movie could have been at least decent, but it, unfortunately, wasted its promise.

Just as Far Cry, Doom had quite a good cast and the overall concept was really easy to make. It should have worked but…it didn’t. 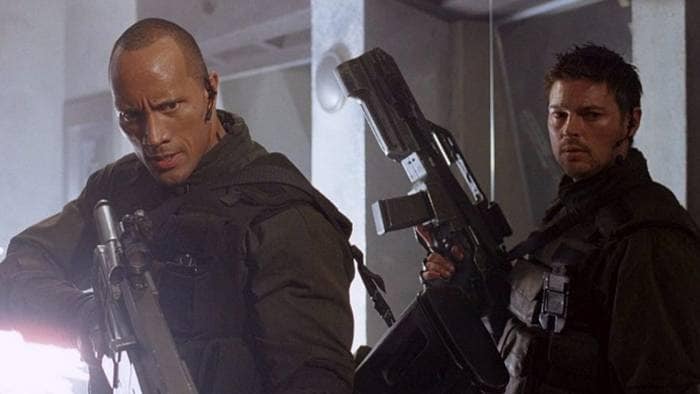 Doom was Dwayne Johnson’s eighth movie (by Wikipedia’s count), and he was still working on being the lovable cinema hunk he’s known to be now. Karl Urban also had a rough streak between Return of the King and Star Trek, and this stinker was smack-dab in the middle of it. Doom’s coolest section is the first-person camera bit, where somebody on the set remembered Doom is one man’s dance of destruction against demons from hell, not a poor man’s crossover of Resident Evil and The Thing.

In the Name of the King: A Dungeon Siege Tale

Imagine having Burt Reynolds, John Rhys-Davies, Ron Perlman, and Jason Statham in one movie. Normally it would have been a cause for celebration, but this is Video Game Movie town, and Uwe Boll’s the mayor. 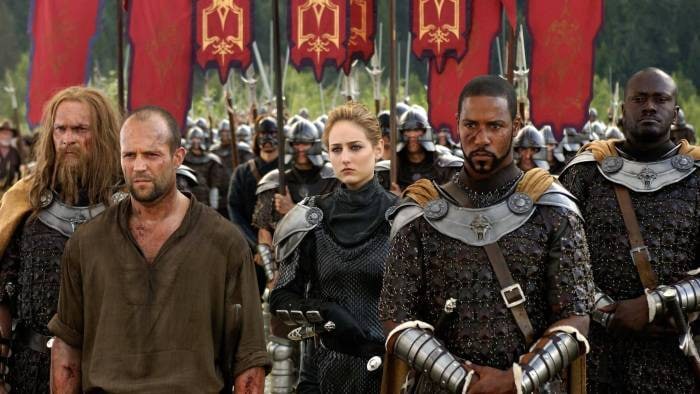 source: 20th Century Fox, In the Name of the King

Given that the original Dungeon Siege barely had a plot, Boll was working with an almost clean slate, and made something so bad it’s perfect for a movie night with friends and having a few laughs. Jason Statham perfectly sells being a farmer who turns into a HEMA god and leader of the people overnight, and Ron Perlman’s love for chicken is legendary, ar ar ar.

From what we know, it was the third live-action video game movie ever made, in the wake of the OBVIOUS success of Super Mario Bros. and Double Dragon. 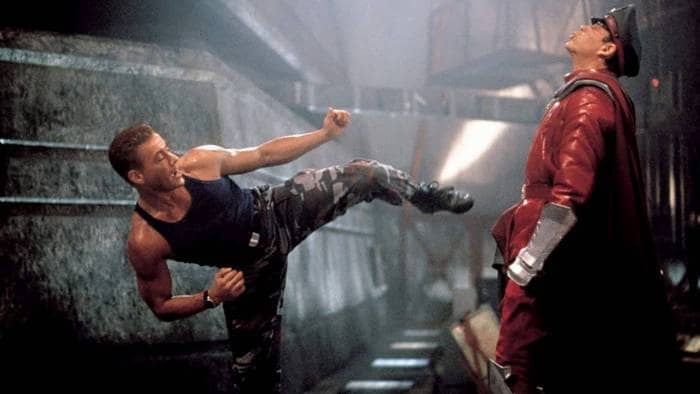 Street Fighter was somehow even worse and saved mostly by Raul Julia (best known as Gomez Addams) chewing the scenery and hamming it up as M. Bison. It was sadly the last movie he ever made, and it was a terrible note to end on. Aside from Julia, SF starred Jean-Claude Van Damme (remember him being relevant?), Kylie Minogue (sic), and Ming-Na Wen, who probably made the best recovery from this stinker. She went on to be the voice of Fa Mulan (in Mulan), and later to be the badass Melinda ‘Cavalry’ May in Marvel’s Agents of Shield.

The movie would be probably best remembered by its awful plot, cheesy dialogue and classic Van Damme’s splits and kicks, which back then were a regular thing and not a viral sensation (As he returned in style in the Volvo commercial)

Alone in the Dark

If you think about Christian Slater, Tara Reid, and Stephen Dorff when you think “survival horror”, hello, mister Boll. Glad to have you as a reader. 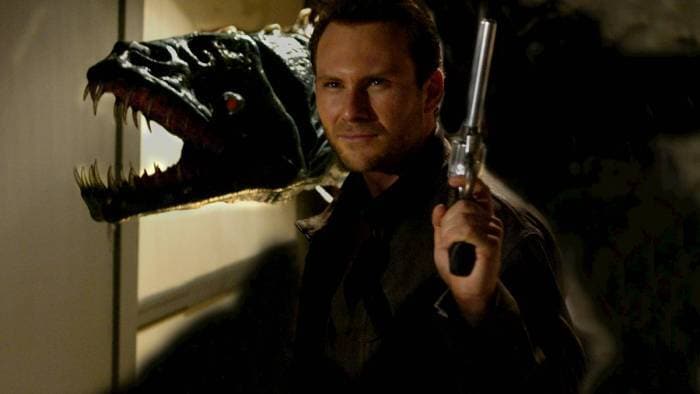 Boll’s production is based on 2001’s Alone in the Dark: The New Nightmare, and shares its general plot setup, character names, and visual effects’ quality. I swear, at one point a CGI-made tracer-bullet misses a monster, which falls dead anyway. The fact that they didn’t even think to correct this tells a lot of how bad this movie is. And yet somehow it got a sequel, because…I don’t know how. Leslie Nielsen’s Dracula movie is scarier than this.

What is it with cool people playing in Uwe Boll’s movies? This time around we get Michael Madsen, Ben Kingsley, Billy Zane, Michelle Rodriguez, and FREAKING MEAT LOAF! All thrown into a movie which is sort of based on a game, but mostly not. 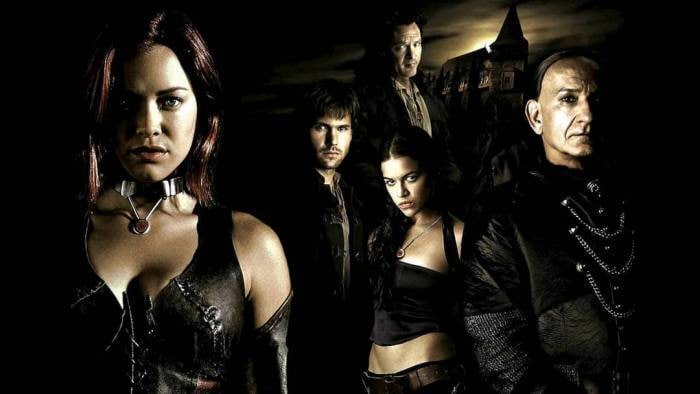 See, the original BloodRayne took place during the early-to-mid 20th century and the protagonist, Rayne, was fighting Zombie-Necro-Mutant-Nazis. Uwe Boll’s version takes place during… The Renaissance of Medieval Baroque for all we know and Rayne is mostly fighting back laughter from seeing Madsen’s wig and Meat Loaf being clearly off his rocker.

The script is bad, the special effects are bad, the acting is bad, everything is bad. It’s not even enjoyably bad for the most part. Madsen’s drunken acting can be amusing, and some things going on are just so dumb you’ll laugh just to cope. To top that off, both Alone in the Dark and Bloodrayne got sequels, which were somehow even worse. Every day we ask ourselves two questions: Why Uwe? How Uwe?

A movie so bad, that it is actually pretty good and for many an iconic cultural phenomenon that will always bring that ’90s vibes. Just look at these dino-people (Who were supposed to be the Goomba’s) dancing in the elevator…not mentioning that Mario and Luigi’s (Who has no mustache!) surname is…Mario. Get it? Mario Mario and Luigi Mario – The Super Mario Brothers… Not funny? well, it wasn’t back in the ’90s either.

A ray of hope with Pokémon Detective Pikachu

One may wonder what does the future for video game movie adaptations hold. As the special effects and CGI have significantly gotten better, movie executives and producers start to take the fans into consideration before making the movie and gaming world long merged with the popular culture, it seems that we live in the perfect times for video game movie adaptations. That is why we believe that not all is lost. By most accounts, Detective Pikachu is a video game movie done right, with well-designed Pokémon and a world that feels coherent with the existence of superpowered pets.

We’ve come a long way since 1993, when Super Mario Bros. movie ushered the path for the era of live-action, low effort, laughably cheesy movies based on video games. It wasn’t all bad, because we had some OK ones, like the Prince of Persia, Resident Evil franchise (At least few of them) or the cheese-factory of Angelina Jolie’s Tomb Raiders. Warcraft and the new Tomb Raider movies were commercial successes but both got mixed reviews, with fans praising the casts and special effects while criticizing the scripts and the plot. It seems that these movies could get sequels, with the latter having better chances at it. 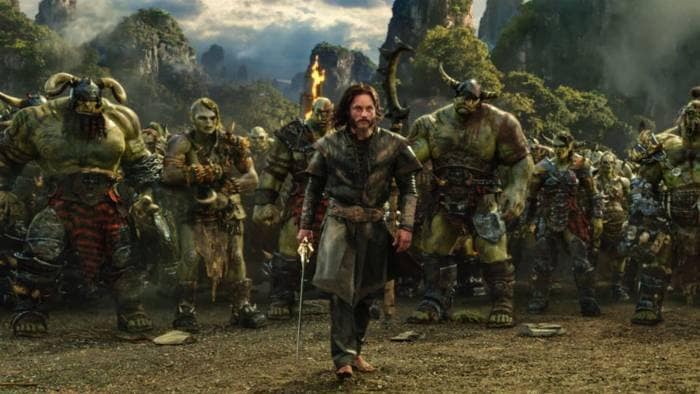 There’s a Mortal Kombat movie coming up in 2021, and even if it doesn’t hold a candle to the Rebirth short, it may turn out well. The jury’s still out about the 2020 Monster Hunter movie, but it’s done by the dude who made Resident Evil movies, so make of it what you will.

There is hope but in general…yeah, most video games movie adaptations are bad, awful really. On the whole… who knows what’s next. Maybe now directors and studios will even realize that making a movie close to the themes, visuals, and the story of the source material is doable and makes for good reactions?