Those unfamiliar with the game might consider World of Warcraft a fast-paced and colorful massively multiplayer online role-playing game that is relatively easy to dive into. However, its beginnings were drastically different.

The OG WoW was an actual test of the players’ skills, with a steep leveling curve that demanded the player to dedicate themselves fully to the grind. The current version of World of Warcraft is a much less grueling experience, one that allows even the most inexperienced player to enjoy it fully.

Due to its many patches, the OG WoW was replaced with its less demanding version. Until 2019 that is, when Blizzard caved in under the fans’ pleas and released World of Warcraft Classic – the unpatched, unexpanded, “vanilla” edition of the 2004 game. The players familiar with the earliest iteration of the title could experience it all over again. Those who know only the current or “retail” version of WoW could try and see what all the OG hubbub was all about.

If you are yet to play either of the versions, you are probably wondering which one you should choose – WoW Classic or Retail. In this article, we will take a look at both vanilla and retail versions of World of Warcraft, compare their many features, and see which game – if either of them – is the better one. Hopefully, this will help you, dear reader, make an informed choice about which version of this classic MMORPG is more up your alley.

WoW 2004 was set in the fantastical realm of Azeroth where the Alliance of humans, elves, dwarves, and other races fighting against the Horde of orcs, undead, and other foul creatures hailing from the dark realm of Outland. Azeroth was initially divided into two continents, Kalimdor and the Eastern Kingdoms. Each of them serves as an arena that the players can fight on. This is the setting of the classic World of Warcraft.

The retail version greatly expands on both the lore and the world map. Each expansion added new maps, including Outland, new continents of Azeroth, and even worlds from WoW’s past. With new locations, new stories dealing with the conflict between the Alliance and Horde, as well as internal struggles within both factions, have emerged. New races were added, both on the side of Alliance and the Horde. Expansions gave the players more gameplay options, introduced new character mechanics, and made the game feel more complete. 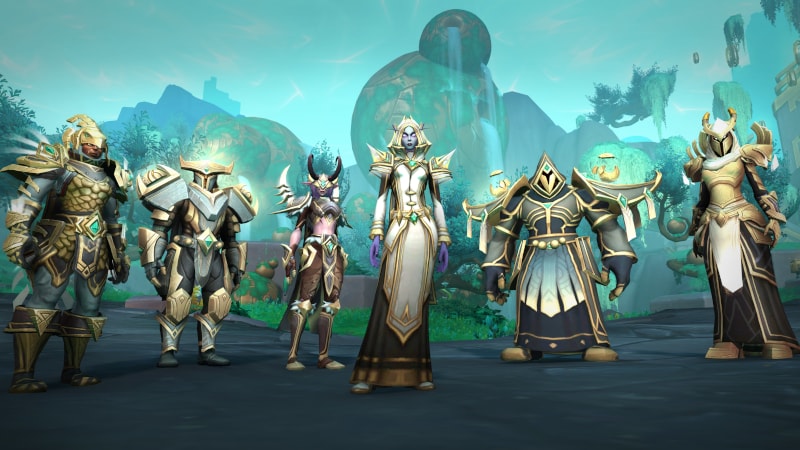 The second battle of our WoW classic vs retail showdown with what the players might be interested in the most – the gameplay. Those familiar with the ins and outs of the retail World of Warcraft know how massive the game is. With eight expansions that introduced new mechanics, races, and locations, one could feel that playing the 2004 Classic version of the game would be a significant downgrade. In a way, they would be correct, but not entirely. Because despite how much larger the world of WoW has become, the common complaint against it is that it has lost its “edge.”

The current version of World of Warcraft takes little to no MMORPG gaming experience to be an enjoyable adventure in the masterfully crafted world of Azeroth. However, the Classic version gives the player something that, for some, the retail version lacks – a challenge. The OG WoW makes the player work for their success.

Leveling up actually matters, and playing the game casually is thwarted by time-consuming processes of leveling up and gathering gear, among others. Unlike the vanilla, retail WoW lets the player jump straight into the action, with plenty of content that doesn’t require much skill. However, the cornucopia of content might work against the game for some players who prefer a more straightforward experience. 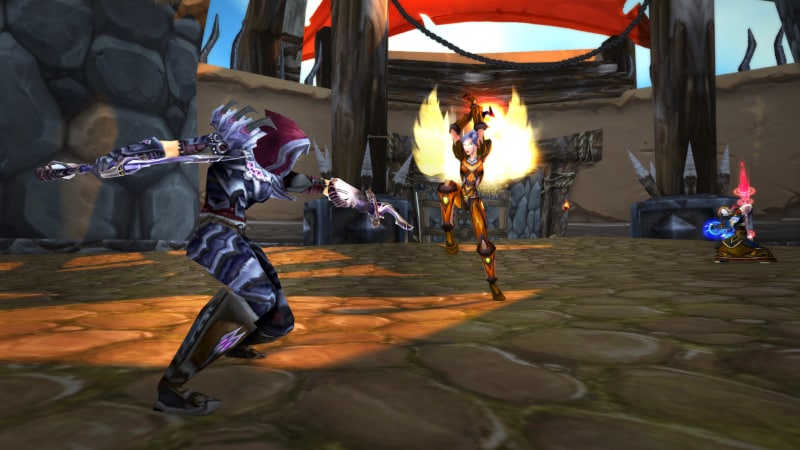 Those who play the current WoW know how colorful it is. The world of the game is bursting with spell and attack effects. Every character’s skin attracts the eye of the player. This is the sign of how far into development that game has gone. Each iteration, each new patch, and expansion added various improvements also in terms of the game’s visuals. Retail WoW has an unmistakable style that sets it apart from other MMORPGs. This wasn’t always the case, though.

Classic WoW looked nothing like its colorful younger brother. The original game was released in 2004 when many of the technologies implemented in World of Warcraft’s current version were unavailable. That makes the visual style of WoW Classic a bit rough around the edges. However, said roughness is also part of its charm. Seeing as retro games are coming into fashion again, playing 2004 WoW in the year of Our Lord 2021 might feel like a blast from the past. Those who like their nostalgia bone tickled will definitely enjoy the classic visuals of vanilla World of Warcraft. 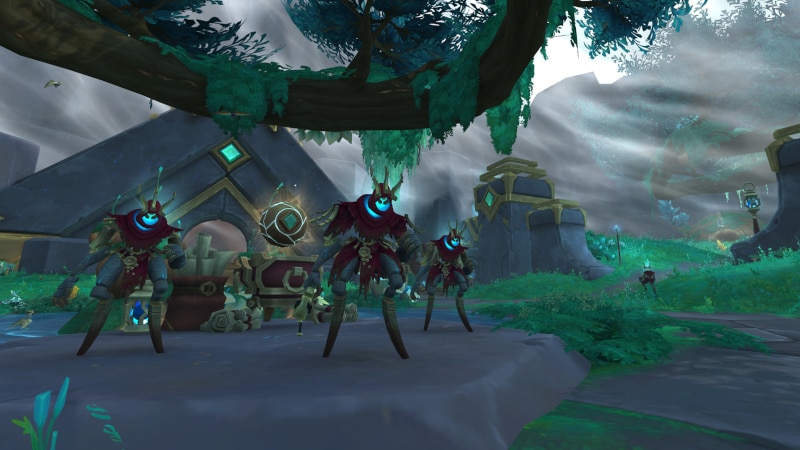 The reviews of 2019’s classic WoW were highly positive and noted that the 2004 experience remained relevant even on the current markets, despite the passing time. The reception of the retail version of World of Warcraft was similarly positive. The respective expansions of the retail version each received high notes from the critics. It would seem that being positively received by both fans and reviewers is one of the few thingsboth versions of the game have in common.

After discussing the lore, the gameplay, and the visuals of both versions of World of Warcraft, the time has come to decide which one of them is better – is it the classic WoW, with its challenging, grindy gameplay and rough-around-the-edges visuals, or retail version, chock-full of content that anyone can enjoy.

The answer is…it depends. Both games have their strong and weak points, pros and cons that can influence the players’ choice. Some might be turned down by the classic’s challenging gameplay and dated graphics. Others might dislike the lack of rewarding gameplay features and content overload of the retail WoW. Both games are excellent representatives of their genre, so the only question that remains is… 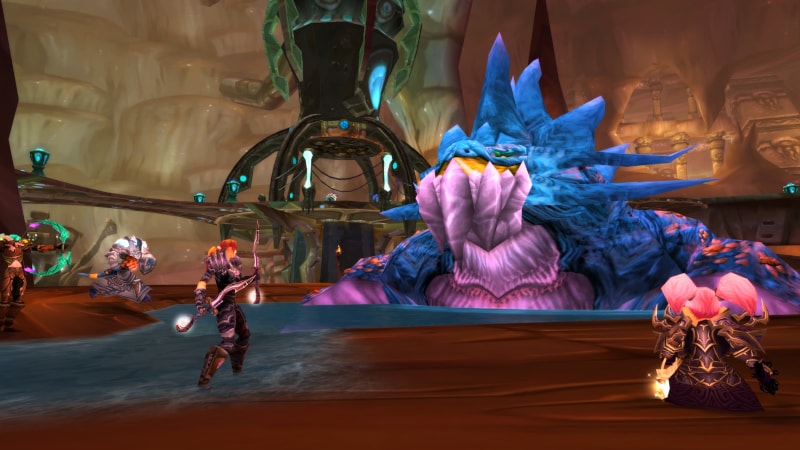 Which do you want to play?

World of Warcraft is, without a doubt, a masterpiece of the MMORPG genre. Blizzard’s production is probably one of the most recognizable titles of the genre available on the market, and for good reasons too. Both versions of the game – WoW classic and retail – are full of content that the players will enjoy.

If you’re a fan of MMORPG grind and challenging gameplay, and the subpar visuals are not a problem for you, you should pick up the classic version. But if you want to enjoy the fun adventure, unrestrained by slow progress, filled with wight expansions worth of content, then the retail WoW was made just for you. No matter which game you’ll pick, you are bound to have a great time exploring and fighting for Azeroth.