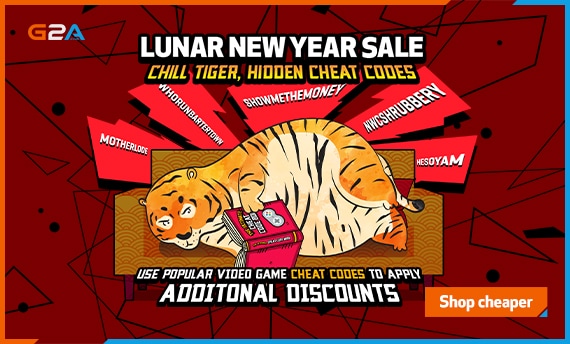 With two generations of Xbox now thriving on the market, and G2A Black Friday sale around the corner, it’s a good time to get some fancy gadgets and games to make the most out of this situation!

Microsoft’s consoles live In a great synergy, and with systems like Game Pass and Xbox Play Anywhere you can enjoy a game on your PC one moment and then move to your couch, fire up your Xbox, and pick where you left off. Xbox Series X/S features several exciting features which makes playing games on it an easily accessible spectacle. Thanks to full support for 4k resolution and ray tracing, Xbox games get to look better than ever, while the SSD and the Quick Resume makes sure you’ll never wait long before you can start playing.

It’s also going to be the best way to enjoy many of the upcoming games. Of course Xbox One has merits as well: it has a massive library and will keep getting new games for a while yet, and thanks to the new generation being here already, it’s only going to get cheaper. Better yet if the Xbox One games you buy have the “Smart Delivery” option you’ll get their upgraded version for free when you switch to Series X/S!

There two excellent subscription programs available for Xbox users: Xbox Live Gold and Game Pass. Xbox Live Gold is your gateway to the full range of user perks. That includes full access to multiplayer features and new communication options, including private chats. There are also more community perks, such as being able to easily record and share cool moments from your gameplay. The big thing about Live Gold sub is the Games with Gold offer, giving you access to a gallery of free games for as long as your subscription lasts. It’s a fantastic way to get new games, but it’s limited to your Xbox console. Game Pass isn’t.

Game Pass is a service that gives subscribers access to more than 100 fantastic games, including hot releases and some classics, and you can enjoy many of them whether you play on a Windows 10 PC or console. The library of available games expands all the time, and you get cool discounts if you want to keep certain games even after you end the subscription.

Xbox games worth paying attention to

Many exciting games for XSX are still deep in development, such as Avowed, an action RPG sharing its setting with Pillars of Eternity, or a revival of the Fable franchise., and little is known about what they are exactly going to be like and when they are going to come out. But there are also a few known games which should give you enough reason to consider getting a Series X/S, be it to play them at all, or to get the best of what they have to offer.