G2A.COM  G2A News Features Xbox One S vs Xbox One X | Differences and which to buy?

In late 2020 both Microsoft and Sony released the new iterations of their flagship consoles – Xbox Series X and S and PlayStation 5. Both companies released their latest hardware in two versions. While in the case of PlayStation 5, the differences were limited to the disc drive or lack thereof, Xbox Series X and Series S are more complex in what separates them. In the paragraphs below, we will discuss the main differences between the versions of Microsoft’s new consoles and determine which is better.

Before we dive into what makes Series X and S different from each other, let’s take a look at their similarities. There are a few of them, and the potential buyer who can’t decide between buying a PlayStation or an Xbox might find them helpful in making up their mind. The main common feature of both versions of the newest Xbox is their architecture, which uses the DirectStorage function, combined with the SSD and hardware decompression to amplify the console’s speed and reduce loading times significantly. Other similarities include ray tracing, framerate up to 120 fps, and surround sound. Xbox Series X and S consoles also support Xbox One controllers and are backward compatible with games on four generations of Xbox consoles. 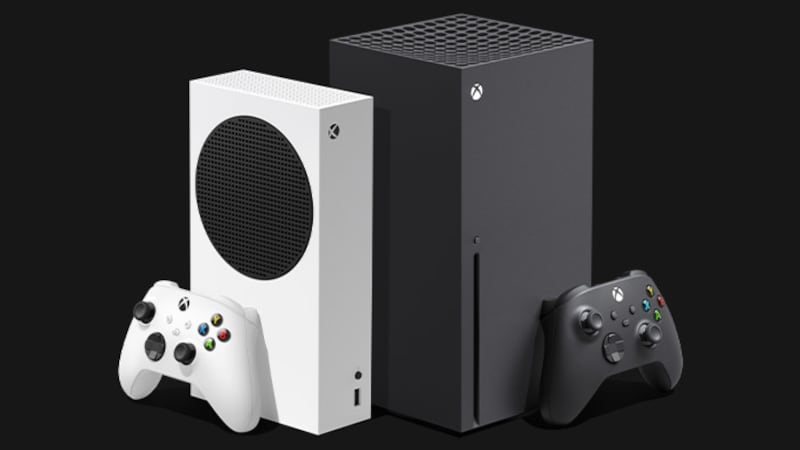 Despite many things they have in common, Xbox Series X and S have a few crucial differences that might influence the purchase. The main one is that similarly to the drive/driveless versions of the PS5, Xbox Series X is equipped with a disc drive while Series S is not. A plus side of that featuring the disc drive is Series S’ reduced size, which might matter if you want to keep the Feng Shui of your gaming space nice and tidy. However, the lack of disc drive makes a huge difference for the users who plan to purchase the physical copies of their games, which are often cheaper than ones available on the digital marketplace. Of course, with Series X, the players can still download games on the console’s HDD.

Speaking of which, let’s talk storage space. Xbox Series X is equipped with 1 TB of storage, while this number is halved in Series S. Another difference can be noticed in the processing power – 12 teraflops of Series X to Series S’ 4. Last but not least, the Series X displays in true 4K, while Series S peaks at 1440p. These might be minor differences for the casual players, but further down the line, when more advanced games start to drain every ounce of processing power from the console, the differences will be more visible.

Now that we have discussed the main common features and differences between the consoles, it’s time to decide which one, if any, is better than the other. The answer to that question depends on the users’ expectations. It’s worth mentioning that Xbox Series X is significantly more expensive than Series S. However, the price of being cheap is the lack of many features described above. The players will have to decide for themselves what matters to them more in the long run – having an option to buy the console cheaper with fewer features or spend more on a fully stacked Xbox Series X. From our comparison in the paragraphs above, it might seem like the Series S is the worse console, but it definitely wins in terms of price and “handiness” (not by a wide margin, but still). That, again, depends on the users’ preferences. The choice is between a fully-equipped console and its slicker, less bulky, yet still perfectly functional counterpart.  As we’ve mentioned above, Series S is the cheaper one. If the buyer doesn’t care about the disc drive, increased storage, and higher performance but still wants to enjoy quality Xbox games, Series S is the one to choose. However, if they don’t mind spending a little more money, with a prospect of buying physical games slightly cheaper, then Series X should be their go-to.