The third update for the game contains a lot of elements for online players.

If you take a look at the infographic attached below, you’ll quickly understand the scale of the update that went live for Gears of War 4. It’s the start of Series 2 (also called Title Update 3), which contains 13 new characters (or skins, to be specific). An additional surprise legacy character is expected as he or she “ will be returning as a Scrap-only Card very soon”.

There’s also a lot of weapon skins and sets – all available in Gear Packs. Now cheaper both via in-game currency and real money, if you are a spender. Two fan-favourite maps are also back: Blood Drive and Clocktower. You’ll find trailers for them below with additional details about the update (e.g. benefits for season pass holders) on the official forums.

We gave Gears of War 4 a score of 75/100 with the main objection being that it’s not taking any risks and is the same thing all over again. Are you still playing it online/in the Horde 3.0 mode? 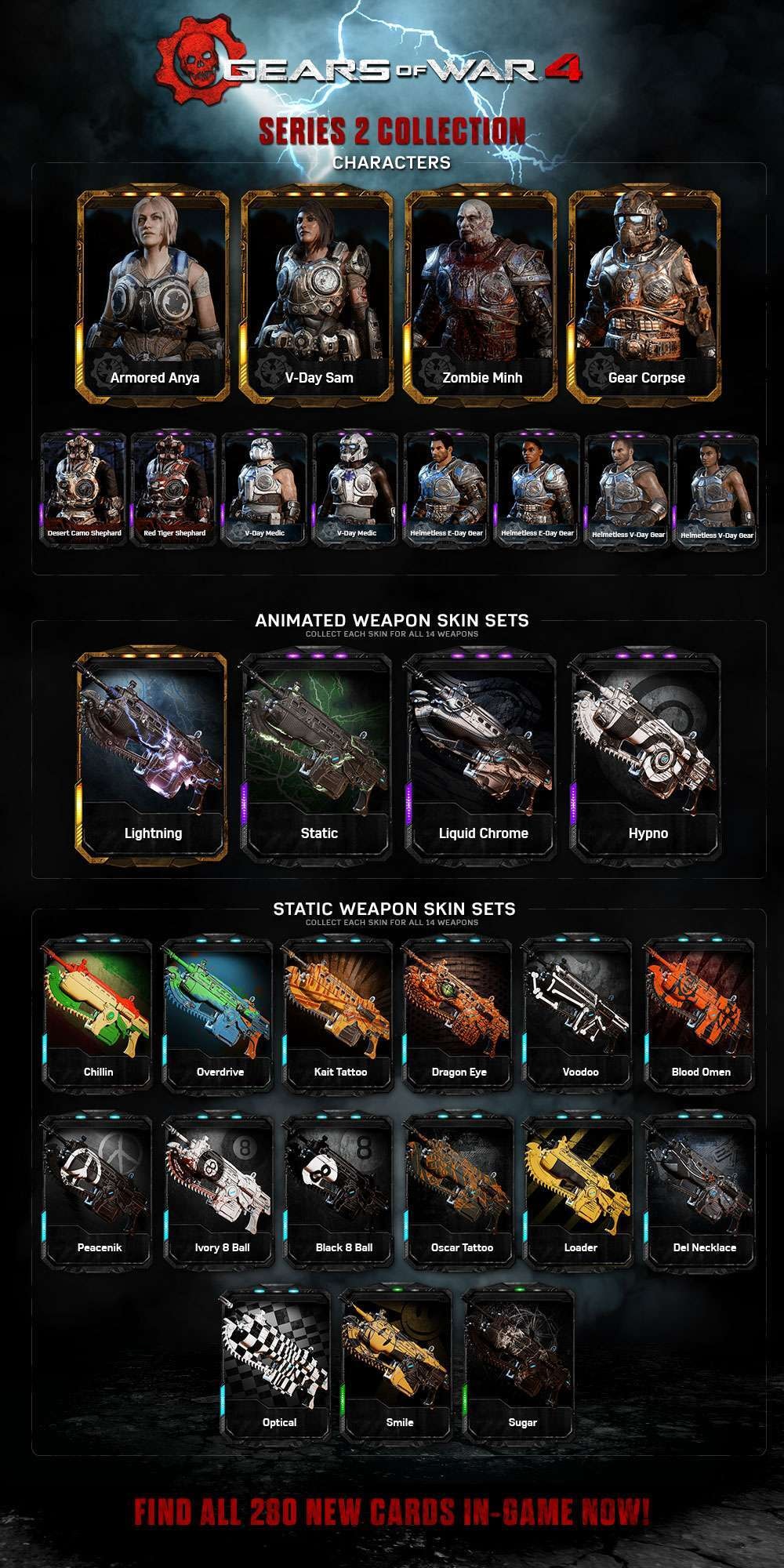