So know how Valve had to comply with the Belgian Gaming Commission and remove lootboxes from Dota 2? Well, Valve wasn’t the only one getting the short of the stick here. 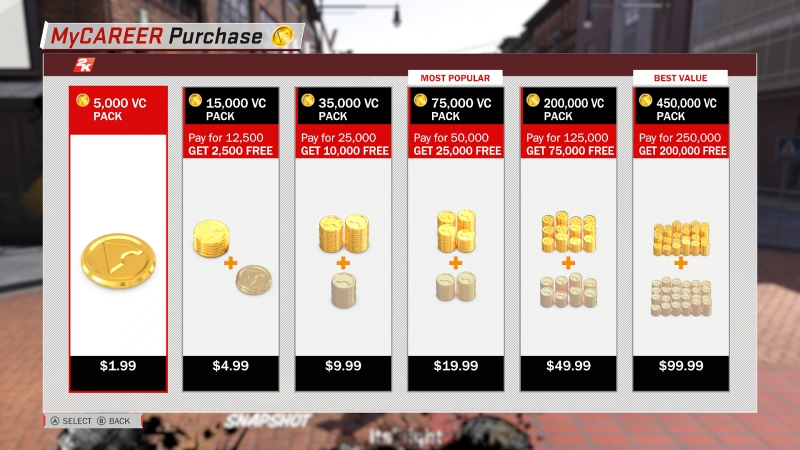 Reportedly, the decision also hit 2K’s NBA series, resulting in them having to remove the lootboxes. So that’s it, 2:0 for the good guys, right? Well, not quite. 2K complied, but released the statement on the matter. The full text can be read here, but the bits that interest us go thus:

We are working to comply with the BGC’s current interpretation of these laws. As a result, we have made some local changes to the MyTeam mode. […] We will be continuing conversations with the BGC in order to explain our view on how NBA 2K and MyTeam pack purchases already comply with local laws. If you agree, we recommend that you contact your local government representative to communicate your opinion. We will keep the community posted on any developments.

Oh hey, it’s that phrasing again. The “BGC’s current interpretation of the law” thing. I don’t know how that relates. Is there like a higher sanction they could appeal to to change this decision? I don’t think there is, but my Belgian law is rusty.

I mean you’d think they’d know that, they have legal experts right? Maybe it’s a result of failure at communication between their legal team and their PR team, who knows. Then again Valve used the same phrasing, so until I’m shown otherwise, I’ll just assume these two companies have the same legal experts or the same PR experts. Possibly both.

The serving is so large that every basketball fan will find something to fancy. From action to simulation this is your go to NBA product.