At least as far as the upcoming novel is concerned. What is that? You didn’t know there’s an official novel for Odyssey coming out? Silly you, of course there is. They have to pad out the 500 different special editions with something you know. 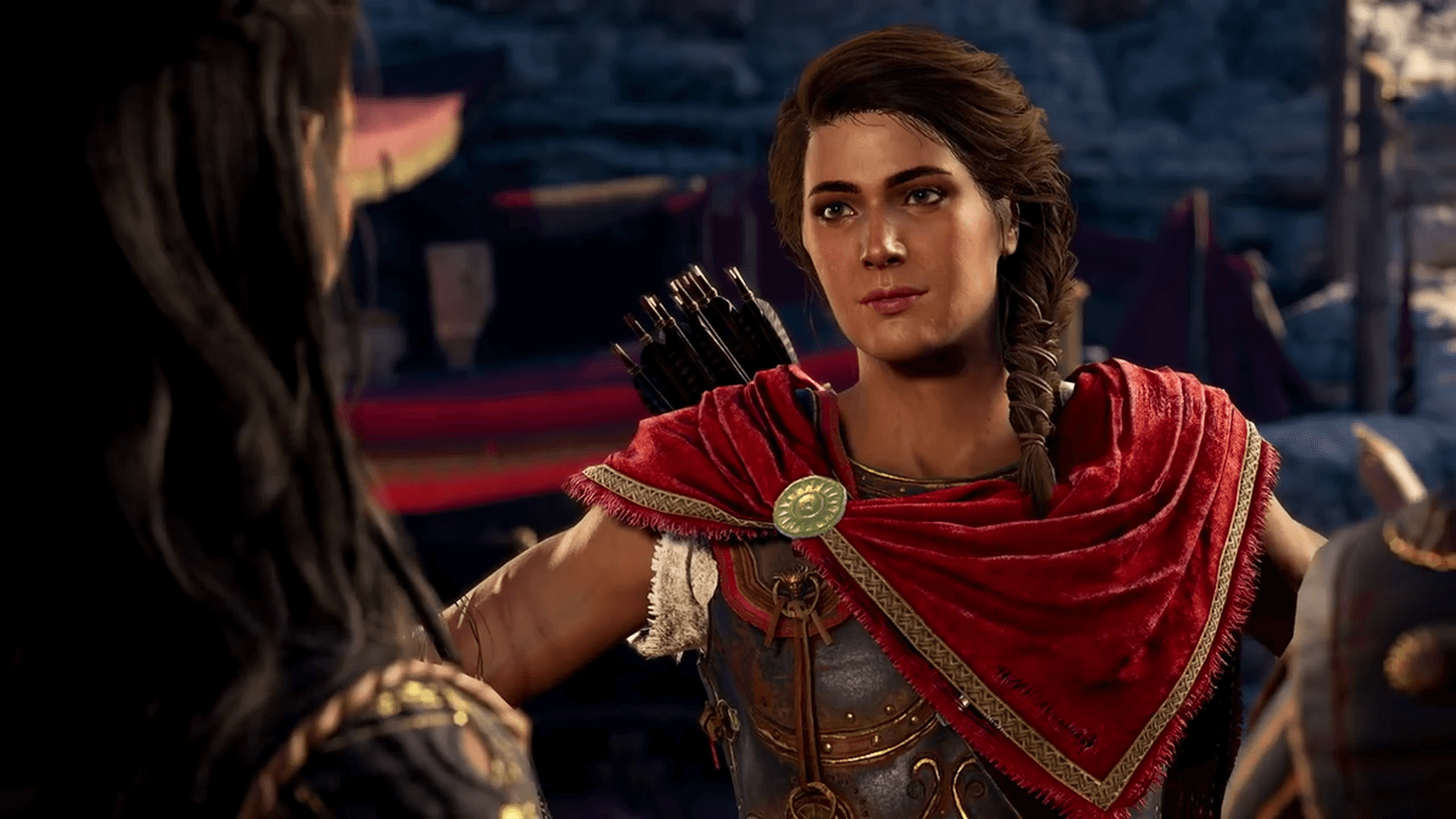 While the game itself doesn’t have a canon story per se (at least until we get the next Assassin’s Creed which will have to reference its predecessor) and both protagonists have their own respective story, the novel is written entirely from Kassandra’s perspective. Why Ubisoft didn’t commission 2 novels for extra fodder for another exclusive edition of the game, I don’t know, but they didn’t.

Which is odd, because besides that bit, Kassandra is oddly missing from promotional material. There’s of course merchandise of her, but except for the novel, nothing of it is included in these premium editions. Which, again, weird. They DON’T make a novel for the one character whose merchandise and image is everywhere but they DO for the one whose missing.

Of course the actual reason for this is marketing departments testing for demographics and having whole flow-charts explaining exactly why promotion of a female lead to Assassin’s Creed wouldn’t sell. Sorry to dispel any illusions you might have had about this process.

I will of course not fault Ubisoft for that, given how large the company is there’s bound to be miscommunication of goals and priorities, but it’s still a missed opportunity, for like, a 100 more special editions.

Go back in time to ancient Greece, the birthplace of western civilization and take on the mantle of Sparta as Alexios or Kasandra. Delve into the ancient secrets of the bizarre universe of Assassin's Creed. This is Sparta and this is Assassin's Creed.