In the aftermath to the fascinating discussion YouTuber YongYea held with Kotaku’s Jason Schreier, Yong woke up to an early Christmas as he discovered that a Mysterious Stranger sent him a gift.

Above you can watch Yong recant the entire story of how he came to possess the helmet. Apparently the gift came as a complete surprise to him, as he had no sponsorship deal with Bethesda and he claims he never ordered the power armor limited edition of the game, which costs roughly 200 bucks on Bethesda’s storefront. He dons the helmet on, immediately becomes The Overlord showing how quickly absolute power corrupts absolutely (as one commentator opines), and riffs on Bethesda for the helmet having “a very low field of vision”. In the end though, it appears that the helmet “just works”. Nice.

Yong seemed greatly confused about the whole thing, claiming that he “didn’t deserve this” and states that whatever the nature of the gift is, it’s not going to influence his views on Fallout 76. He firmly reiterates all the grievances he has with the game, grievances reflected in the game’s metacritic score (well maybe slightly exaggerated by the metacritic score). He addresses Bethesda in the video and tells them that if this was unintentional, he’s going to return the product, which I suppose is good sportsmanship. So far, no response from Bethesda came through.

His audience seems to share his utter confusion although once again their reactions were entirely all too predictable. The overwhelming sentiment seems to be that this is some kind of a bribe, meant to make Yong less critical of the game. If that sounds crazy to you, you clearly don’t know enough about “internet culture”. This is actually the LEAST crazy theory concerning the gift. But just in case this IS a bribe, I have a message for Todd: hey, Todd. You know what to do <wink, wink, nudge, nudge>. 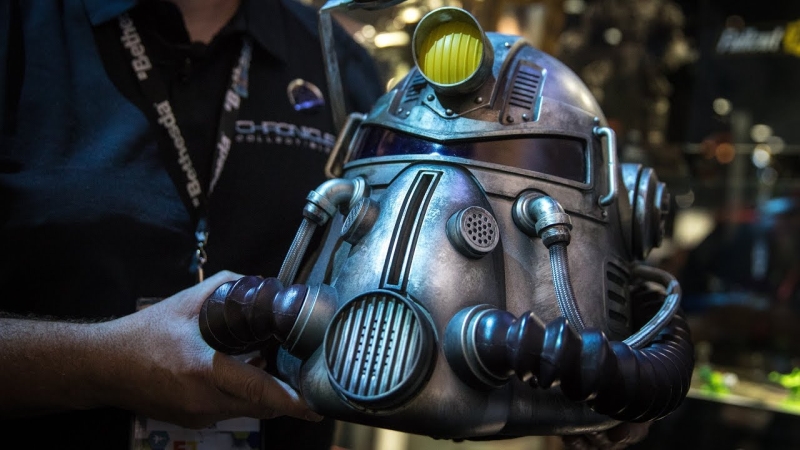 There’s also a subset of people who jokingly (I hope) believe this to be some kind of an elaborate threat, because in order to send it, Bethesda must have somehow found Yong’s address, which isn’t publicly available. If it is a threat, I wish people threatened me like that instead of writing angry comments. And if it is, as some suggest in jest, covered in smallpox, I say: worth it.

Then of course there is a small subset of people who seem to think the entire thing is staged, that the story is fake and that Yong has a secret sponsorship deal with Bethesda and are willing to call Yong out as a shill (a slur so popular it’s rapidly losing all meaning). While I don’t think this is the case, it’s funny in a poetic way, to see Yong’s audience become so conspiratorial and jump at his throat. I guess that’s what people call “purity spiral” and there was something to Jason’s opinion about gamers. Of course I have to preface this by saying that this is just a very small minority of people, but still, they’re there and these views are seemingly seriously entertained.

But the funniest are those who seem to think that the gift was sent by Bethesda in hopes that Yong’s fans would *think* that it’s a result of a secret sponsorship deal. In essence, they think Bethesda is aware that Yong’s audience are the equivalent of Moon landing deniers and are going to manufacture an elaborate conspiracy. The funny thing is, apparently that is the case, at least to some extent.

While the most reasonable conclusion would be that it was indeed a mistake or a fan of YongYea decided to send him the gift as “Bethesda”, personally, I’d like to believe Todd Howard sent it to Yong himself just to spite Schreier who is still reportedly blacklisted by the company. It’s also hilarious to ponder the idea that it was supposed to be a part of a sponsorship deal, but Bethesda failed to include an actual sponsorship deal. Even their elaborate schemes are buggy. I have to say, this entire saga was a nice detour from my usual schedule.