It has officially stopped being fun. I am no longer having fun here, Todd. 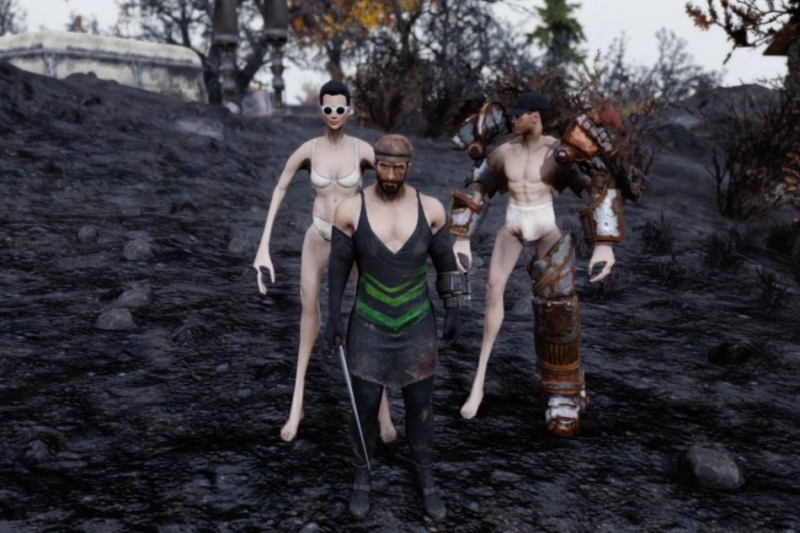 So. The Fallout 76 crisis has now reached what one could call its absolute apex, with Bethesda being very, very weird about their refund policy. There’s two things at work here, one is the situation of digital copies of Fallout 76, and another entirely is the state of physical goods included in the $200 special edition of the game which features a replica Power Armor helmet, a set of collectible figurines, a map and an ostensibly canvas bag.

Let’s tackle the first one, the digital copy of the game. A word of clarification here: technically whenever you purchase a game, you’re not actually buying a product. You’re purchasing the licensing right to use the product. And the ToS, that thing you have to scroll through and click ‘agree’, specifies under what conditions this right can be revoked. So technically, Bethesda is under no obligation to issue refunds (Except for countries where refunds have specific protection, the ULA can’t overwrite local laws).

But it seems like they’re doing it anyway? It’s confusing, some people reportedly managed to receive refunds with little to no hassle, while others have hit a brick wall with more and more players coming forward saying that their refund was refused on the grounds of them already having downloaded the game files. Speculations are abound as to what could be the reason for this discrepancy. Some suggest that it may be an issue of localization, basically in different parts of the world people working for their companies have different refund policies (this is actually very likely, companies are known to be more stringent in some places than others).

Not all of this would be on Bethesda of course. This very well could be one big game of telephone where everybody is trying to pin the blame on someone else and there is no shortage of convenient targets, the biggest one being Bethesda. This is just all sorts of nasty.

The much, much bigger issue is the ‘canvas controversy’. Reportedly, in their description of the bag featured in the special edition set, the bag is described as being made of canvas but to the dismay of customers, what arrived at their door seems to be nylon. The description of the bag on Bethesda’s store now states nylon as the material used, but images archived for posterity prove that it definitely said “canvas” previously. When the customers pressed for a refund, one response read “we’re not planning to do anything about it“.

Bethesda actually responded to the controversy via Twitter, but their response was… haphazard. First they tried to pin the responsibility on the poor employee who had to issue the response, which in and of itself leaves me speechless.

Bethesda also clarified that the bag shown in the images is a prototype and the final product was made with nylon due to costs of manufacturing. Finally, they decided to extend the most condescending olive branch ever, by offering people 500 Atoms, the in-game currency of Fallout 76, in lieu of actually refunding the products or committing to the promise of a canvas bag. Ironically 500 Atoms can’t event net you a postal worker skin, as opines Chris Livingston on Twitter, which actually comes with a canvas bag.

Now I have to say here that while not issuing refunds for digital products isn’t an issue in a legal sense (for the most part), offering one kind of product for a specific price and not delivering the exact product is very much illegal. You will do with that information what you will, I’m not a lawyer, I will not tell you whether in this specific situation that’s what Bethesda is doing, it’s a bit more complicated than that.

Like I said in the opening, this has stopped being fun. Todd. I wanna like you. I have never hidden the fact that I have inordinate amounts of trust in you and in Bethesda and I am willing to ignore a lot of foibles. A LOT of foibles. I want to have faith not just in you as a developer, but as a business runner, but you’re putting me in a hard, hard spot.

Edit: For clarification, this is the last time I’m touching the subject of Fallout 76 outrage. This is starting to look like a crusade and I have no vested interest in bashing Fallout 76, plus it’s becoming way to difficult to discuss it in this format.