I jest, but poking fun at the expense of PUBG has become something of a favorite internet pass-time lately hasn’t it? And this time it’s poking fun at a frankly bizarre response PUBG offered to criticism of its liberal use of store-bought assets. 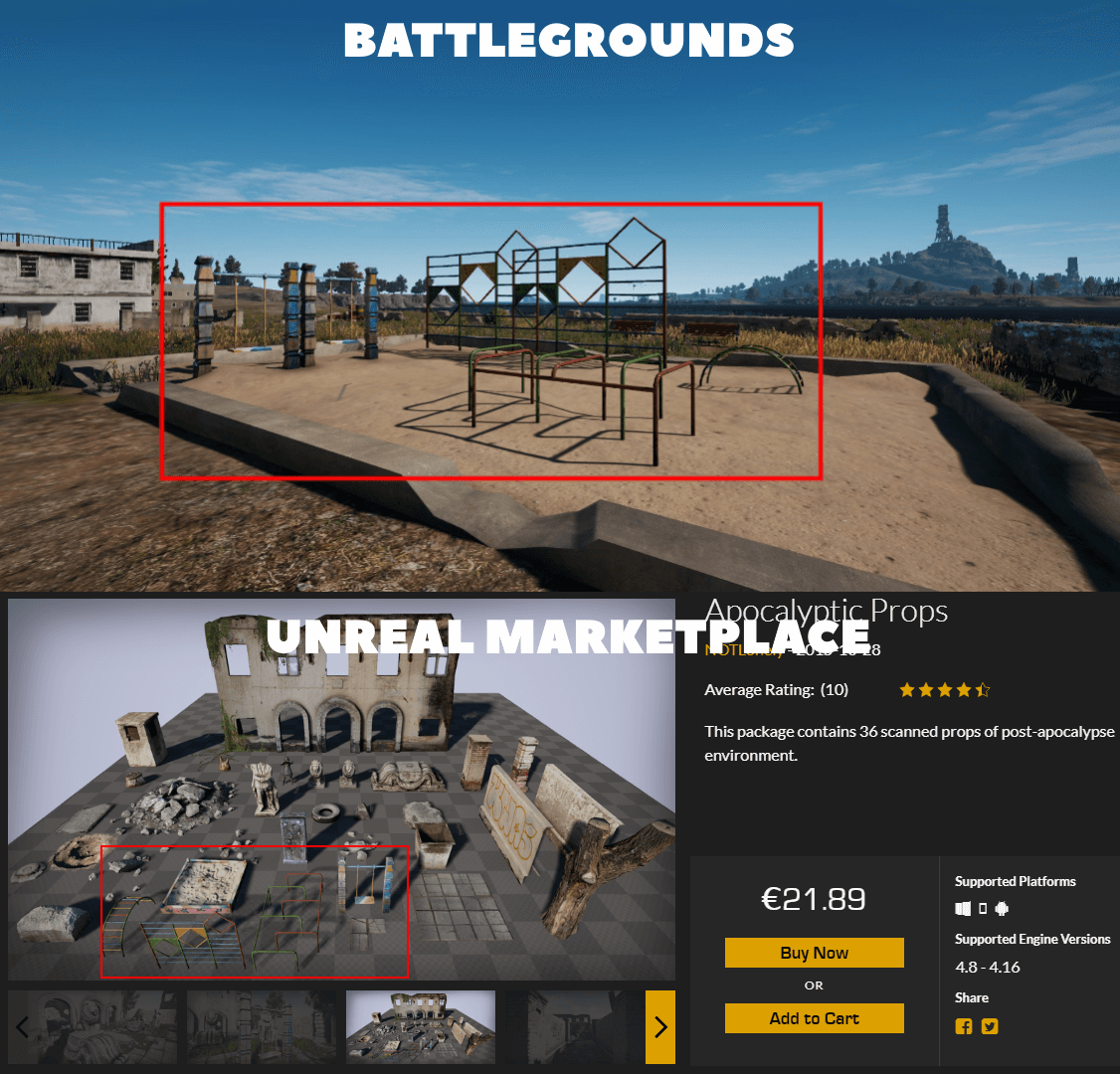 During E3 Geoff Keighley interviewed Mr Green and while the talk was friendly he wasn’t afraid to ask some tougher questions, namely ask for a response to criticism. On the subject of assets Brendan Greene responded with: “for the most part, most of our stuff is made by hand. So I see these comments and I’m like, ‘I want to kill you!”

Which prompted a predictable reaction. Which in turn prompted further clarification (because why would you accept criticism if you can offer an excuse) from PUBG Communications guy, Ryan Rigney. In regards to PUBG using few assets designed by the team Tyan had this to say : “Why should one of my artists spend two weeks on a generic sculpt if they could instead spend that two weeks adding real value for players elsewhere? How many times should a telephone booth be modeled? How many times do we gotta sculpt a cash register?” completely missing the point.

Though Rigney also asserted that the team is using fewer and fewer store-bought assets as time goes by. Which prompts the question- if their art team is expanding and is doing more, why exactly is it that we can miss that? You’d think that if they were concerned with art direction and improving it we’d see the results, but it’s apparently very easy to mistake an asset for something they genuinely made.

Perhaps what you need guys is less quantity, but just better art style. All I’m saying is that if people can’t distinguish the style of your game from a generic store-front, there’s a problem here.