As we all know, gamers can be be toxic. You know, all the others, not you of course. And pro-players have an added veneer of grand-standing, insensitivity and often enough accusation of harassment. 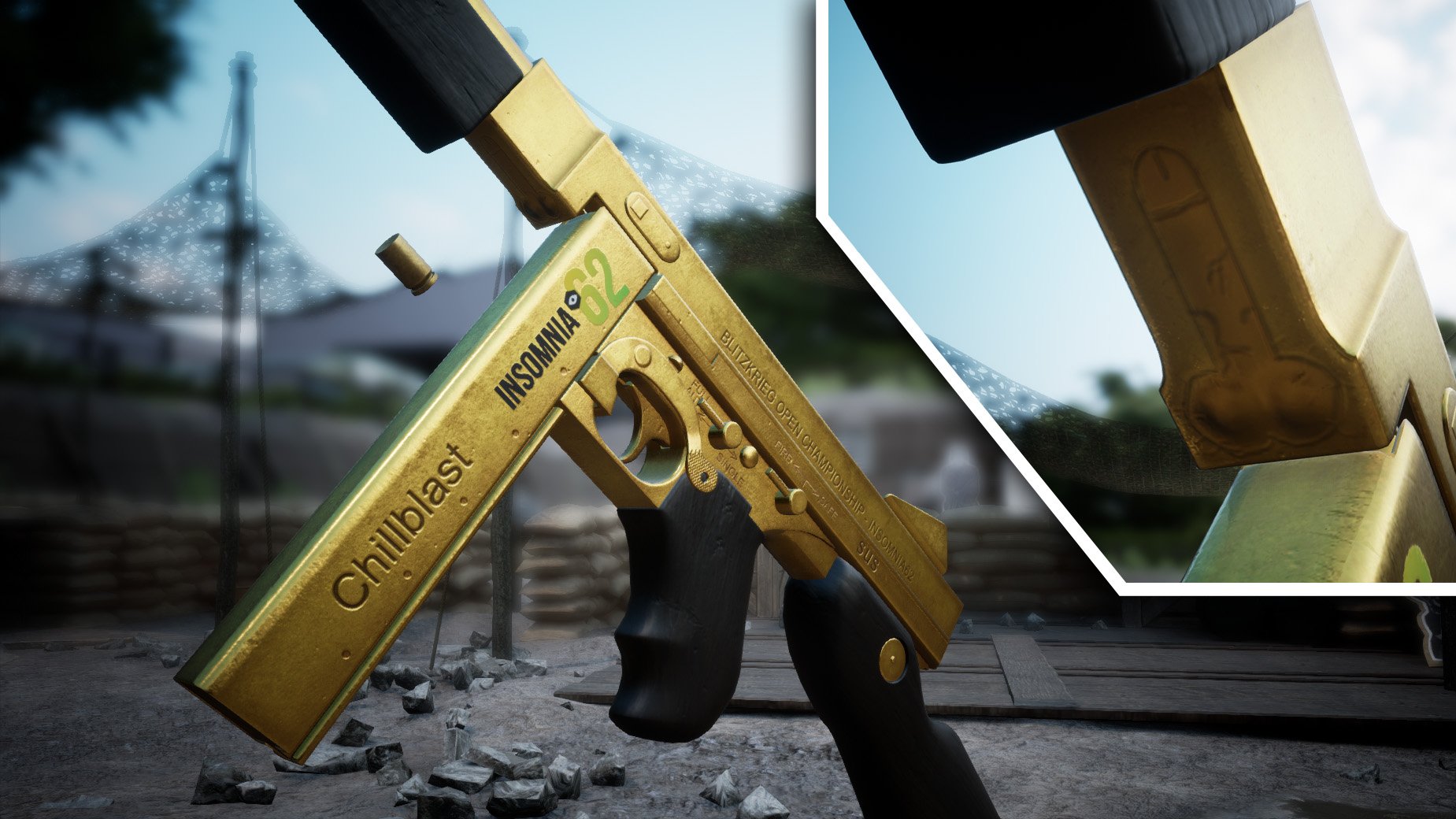 One of such players- SUSPC7 (I presume read as “suspect”?) engaged in some really crass behavior on Discord, complaining that the skins he won in the Battalion 1944 game were coming very late. He “jokingly” threatened to shoot up the developers’ studio referencing a YouTube shooting. Now of course at the time the server laughed it up, because apparently you can pass off a threat of mass shooting as a joke these days (always remember the Bowling Green massacre).

But Bulkhead disagreed. They decided to punish the player for being a di*k, in the most literal fashion- they changed the skin he received for his golden Thompson gun to include a crudely drawn penis, as you can see above. Reportedly it was drawn by Joe Brammer, Bulkhead boss himself. Now I’m not sure if this is the best way to handle a situation like this, but I admit, it’s pretty funny.

“People won’t really see it, but we’ll know it’s there and I wanted to have a friendly joke with you. We’re gamers too , we find things funny too, don’t think just because we aren’t a game studio we aren’t people” writes Brammer. Although hilariously enough, such unique skin is probably worth a whole lot of money, so how much of a punishment this really is, is questionable.

Battlefield 1 is the latest first-person shooter by EA DICE. This time the legendary franchise takes the players to the trenches of World War I

Thank you Mario! But our Princess is in another castle! |Mario, Super Mario 64