Fortnite has been rocking hard lately, what’s with Thanos cameo, the arrival of the comet and start of season 4. But it seems Epic is not willing to slow down, not by a long shot. 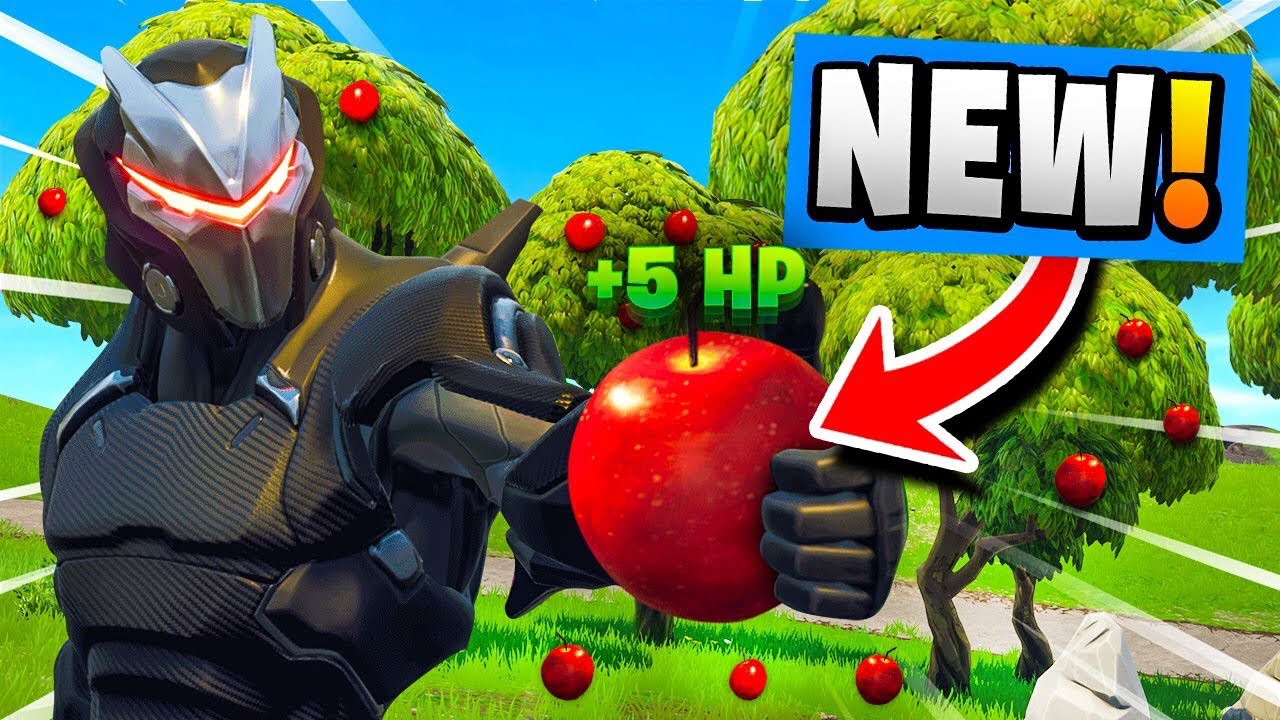 Most notably- apples! Yes, delicious, nutritious fruits that famously are doctors’ cryptonite arrive in Fortnite. More specifically, apples are somewhat infrequent drops that will appear, well, on trees. When picked up, apples recover a small amount of health to the player. I don’t know that that was something necessary, but hey, it’s all cool.

More interestingly, a customization tool will be added to Fortnite in the form of Perk Recombobulator- essentially a mechanics that allows you to trade grindable resources for weapon improvements. Increased fire rate, stability or even an addition of an elemental damage component are the kind of things you’ll be able to add to your guns.

And lastly, 2 new weapons will be added to the battle royale and Save the World modes respectively- Burst Assault Rifle, a spin on the standard assault rifle that gives you a rate of fire more resembling an SMG and a Quad Missile Launcher that fires flaming rockets that leave a spot of AoE damage in their wake. Sweet.

You know this almost takes the sting away from Thanos being gone. I’m gonna miss you scrotum-chin.