And there’s a chance to see the console’s UI – as for now, we haven’t been able to see too much of it.

We already knew that The Binding of Isaac: Afterbirth+ will be available on Nintendo Switch. Now it was confirmed by Nicalis, Inc., game’s publisher, that both 1001 Spikes and Cave Story are scheduled to release on Nintendo’s newest console.

The tricky thing is that with this reveal Nicalis gave us a good look at Switch’s UI as well. As the tweet with this photo was removed, it’s believed that it was published a bit to early. Thankfully for all of us, All Games Delta managed to save it: 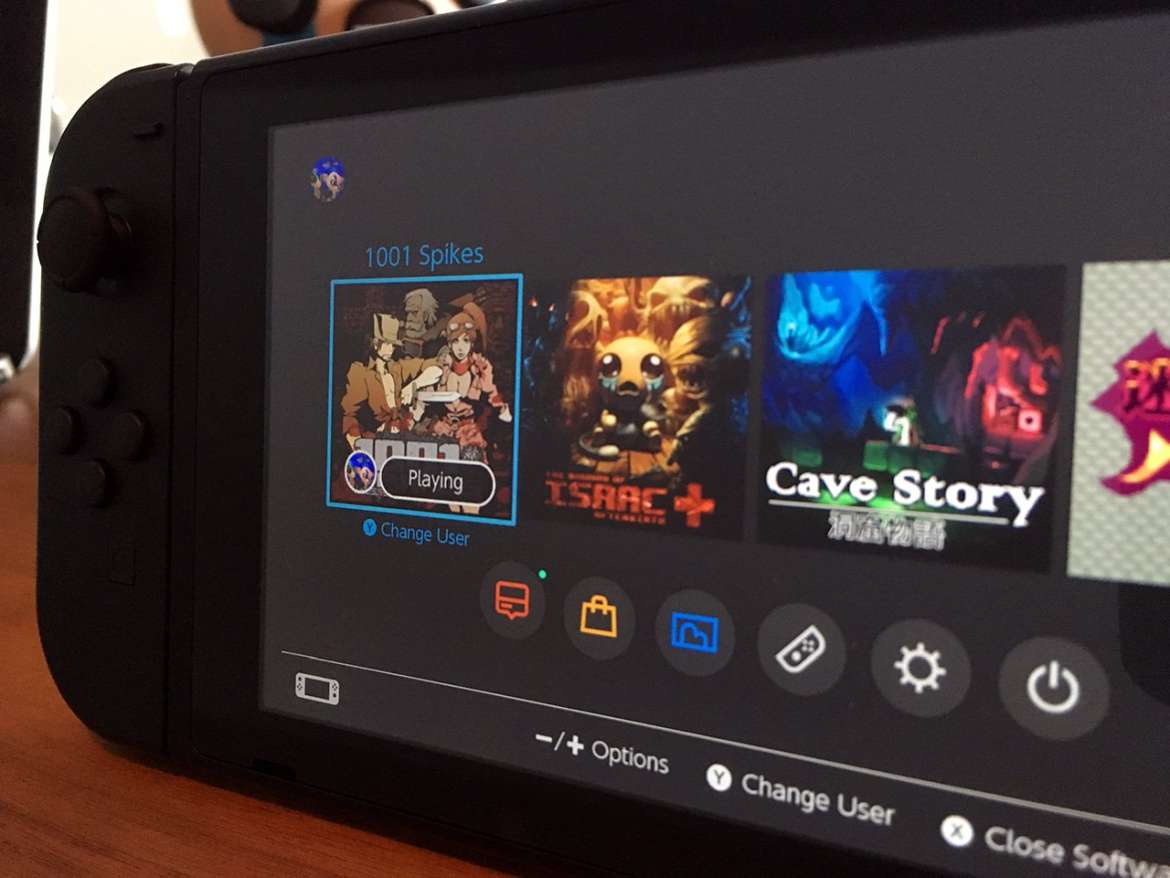 The Binding of Isaac: Afterbirth+