There’s going to be a lot of sightseeing in the upcoming open world game from Ubisoft. 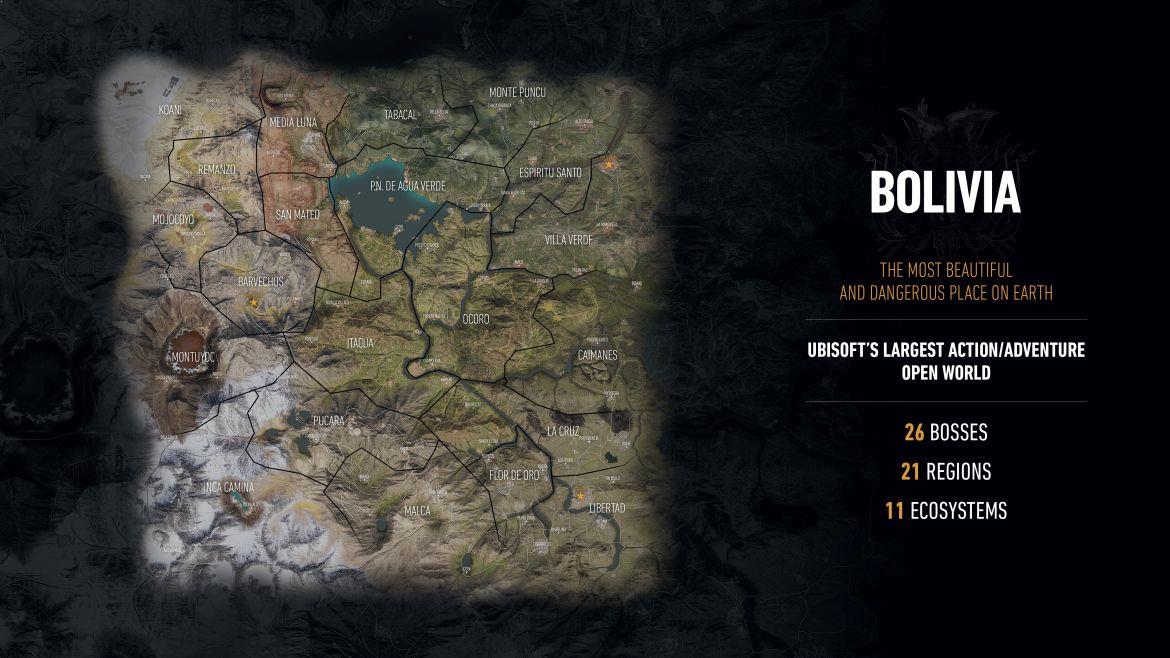 The map of Ghost Recon Wildlands 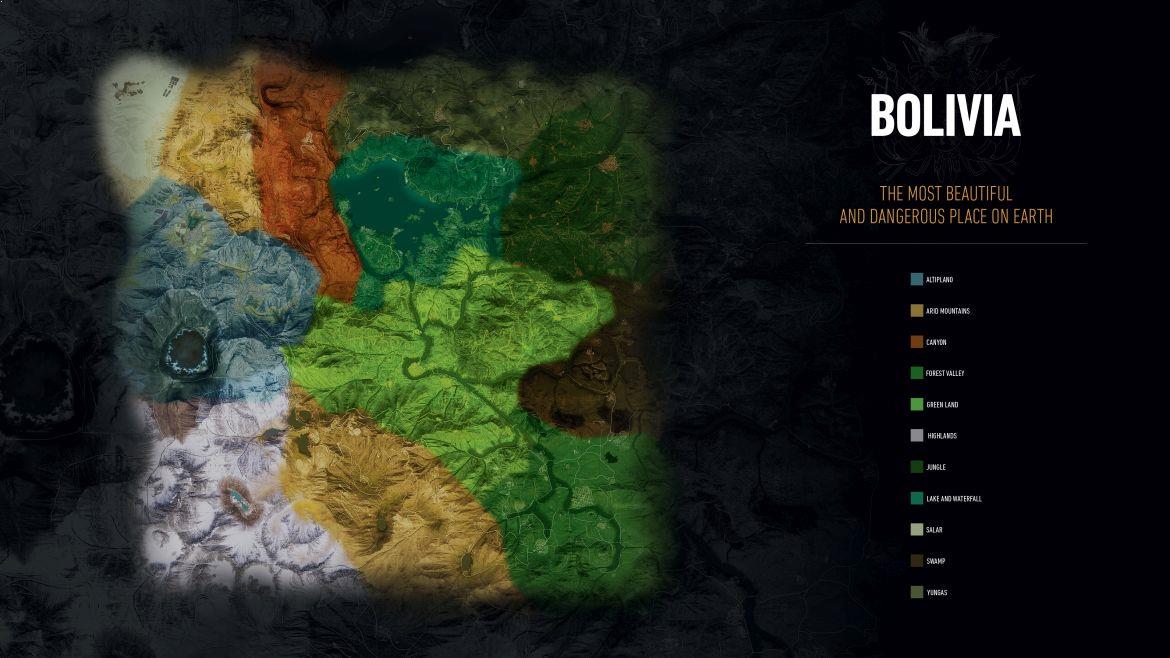 The map of Ghost Recon Wildlands

There are 21 regions to visit in Tom Clancy’s Ghost Recon Wildlands. With 26 bosses to beat, it is expected to become one of the biggest digital worlds Ubisoft has ever created. As for now, we don’t know how many missions and sidequests we can expect on the release day.

What is sure is that The Division changed a lot in the last months and we expect Wildlands to be influenced by those changes. The next game in Tom Clancy’s Ghost Recon universe will be released for PlayStation 4, Xbox One and PC on March 7, 2017.

Travel to Bolivia, South America and fight off the Mexican cartel in this addictive tactical shooter from the Ghost Recon series.