It’s been a bit silent in the Battle Royale lately, what with PUBG suing Fortnite putting breaks on everyone’s fun. But today I want to present you something that has been gathering rounds on good ol’ Steam and looks quite interesting. 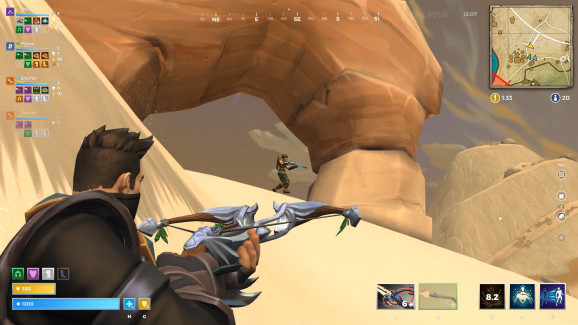 Realm Royale, despite atrociously derivative name, is quite unique as far as Battle Royale goes. Developed by High Rez Studios, the mind behind innovative Smite and working on Heroes of Newerth, these guys have a knack for bringing a unique spin to otherwise formalized mechanics and they’re pretty good at designing competitive multiplayer games. Case in point: Realm Royale.

All the known elements of Battle Royale are here- dropping down into a map, finding loot, fighting other players in a progressively diminishing map etc. But here’s the thing: first, Realm Royale features 100 concurrent players in a match, which is huge. More importantly though, the game features a class progression system that significantly diversifies playestyles.

It’s like a strange mix of Fortnite and Path of Exile (but with less complexity). An all that set in a medieval fantasy kingdom– guns are replace with bows and crossbows, vehicles with mounts and everything has this D & D aesthetics. It strikes the balance of being familiar but new, I encourage you to try it.

What do you think, different enough to avoid a lawsuit? I suppose that depends on how popular it gets. For now it’s in Early Access and free-to-play, so check it out.

Choose your class, saddle up and fight your way into power and glory in Realm Royale. This unusual take on the Battle Royale formula features a wide range of new and interesting mechanics like a class system and appealing, fantasy aesthetics.