We all knew the game was a fight/die/repeat adventure.

A Reddit user by the name KaeJS posted a screenshot of From Software’s Dark Souls 2 that celebrates a very strange milestone for the game: 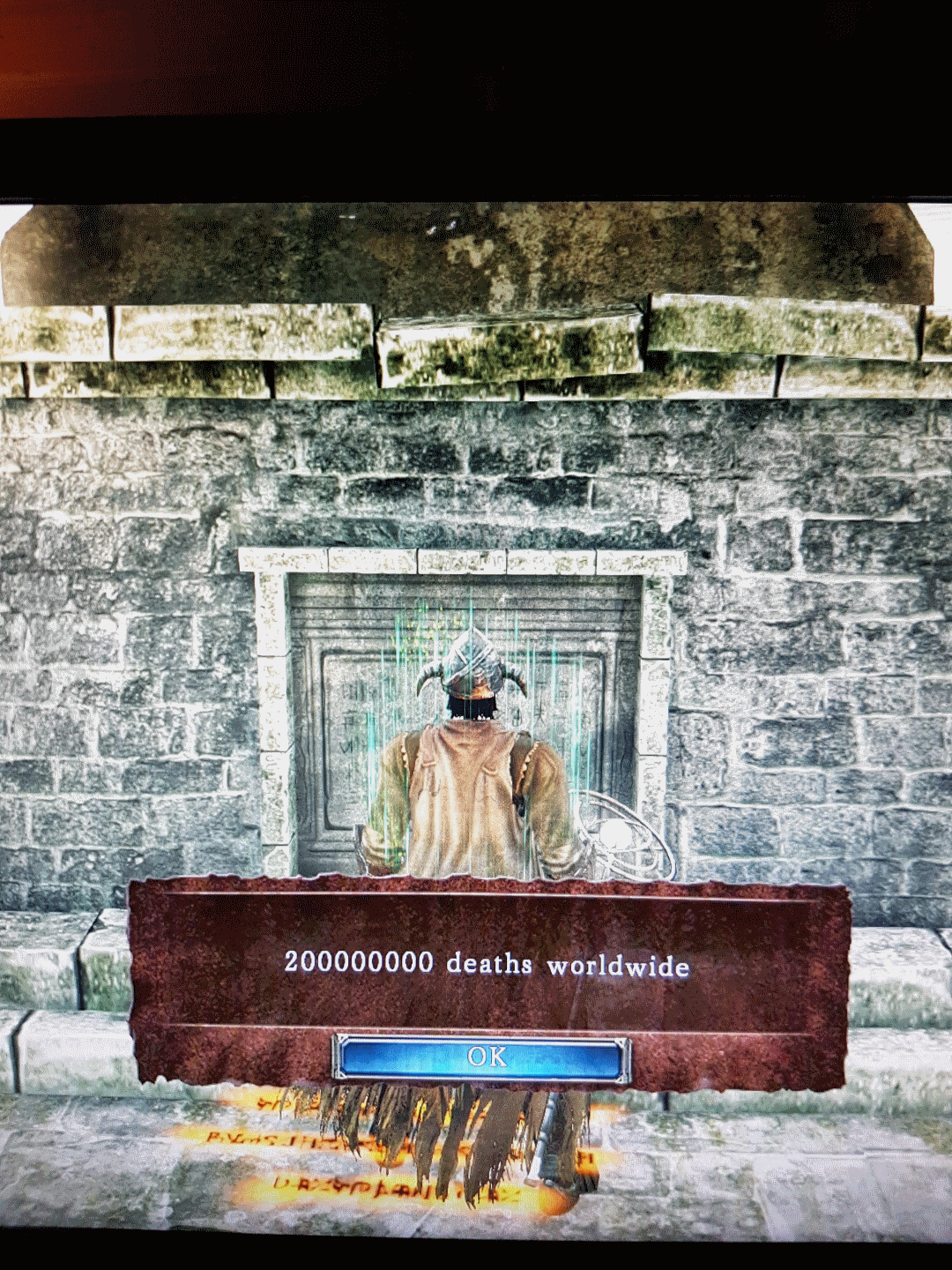 And so the story goes.

As you can see the player had enough luck to be the 200,000,000th person to face death within the game. It is a testament to the games relentless level of difficulty and the users’ drive to overcome it.

Dark Souls 2 premiered in 2014 and has since apparently taken more virtual lives than there were ever real people living on the planet. Just something to think about as the year comes to an end.