Have you got enough of Dawn of War 3 already? Because a free content pack is incoming.

Most importantly, Relic’s latest installment in the superb Dawn of War series will receive a new map and a new mode. Additionally, there will be new skins and doctrines.

The new mode, called Annihilation, is all about battling an AI. Whichever player has the most core structures standing, wins. There are two versions of this mode, the first one includes automatic defenses in the form of turrets deployed at predetermined locations that will deter the opponent long enough for you to build an army. The other one is without turrets, so it won’t be that easy.

The new doctrines are all about building turrets, so that even in the mode without automatic defenses you can get a head start. New skins include House Raven Imperial Knight Paladin for the Empire of Man, Exalted Ranged Wraithknights for the Eldar and Deathskulls’ Gorkanaut for the Orcs. The additional map is called the Mortis Vale and is suitable for 2v2 and 3v3 matches for all modes. 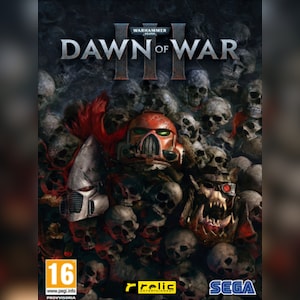