This week at Reboot Development 2018, John Sawyer, the game’s director, had a lot to say about about what he thinks should be the direction the industry would take with future RPGs.

The first Pillars of Eternity was the most inventive throwback to the isometric RPGs of old. It offered some new and unique ideas like in-party conversations with dialogue options chosen on both sides and focused on some elements that were present in those old RPGs to an extent, but never realized as fully as in Pillars of Eternity like environmental effects. But by and large it was supposed to be reminiscent of titles like Baldur’s Gate or Planescape and Pillars of Eternity 2: Deadfire shapes up to be similar, in fact that seems to be it’s main draw.

In stark contrast to that, Sawyer said at the conference that “there’s more room for RPGs to grow than just to be what they were 20 years ago.” He also stated, to his credit, that “[Pillars 1 and] 2 are contributing to the problem.” Finally he noted: “It’s really a matter of finding an audience that matches up with that.” 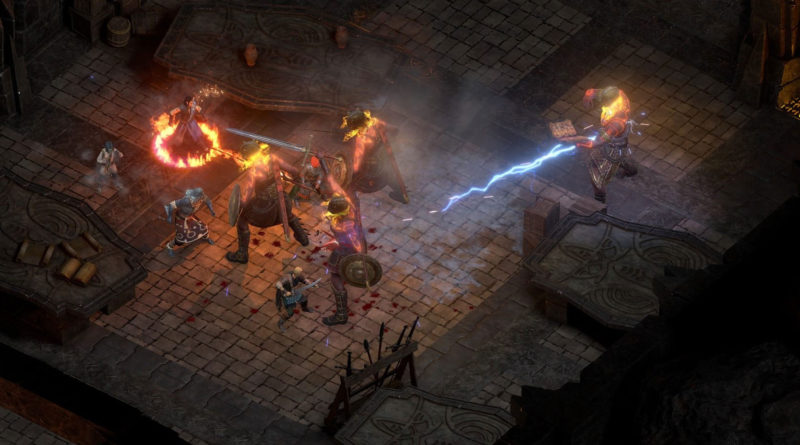 Pillars of Eternity 2 “contributing to the problem.”

Which is a bit odd if you ask me, because the very existence of Pillars of Eternity is due to the fact that these old solutions still work and clearly there is a market for them. It could be argued that it’s not a zero-sum game, there is space both for innovation and for using old solutions, but there’s just so many studios developing RPGs to go around and reality is they will by and large go where the bigger market is.

Now personally I agree with the man in totality. I absolutely love RPGs because about 90% of my body is comprised of distilled storytelling, but I never could get into isometric, turn-based RPGs. They always seemed more like a strategy game to me than an immersive storytelling experience. They drag for ages and I find that I’m trying to avoid combat as much as possible, because it just stops me from getting more of what I want- the plot. For that reason I couldn’t get into Baldur’s Gate, Shadowrun or, in fact, Pillars of Eternity.

But I recognize this is not actually a popular opinion. The great success of Pillars of Eternity proves people disagree with this notion. There is a saying that goes “if it’s not broken, why fix it?” Then again, if developers actually pick up on this, I will personally be satisfied. I can only be so much of a devil’s advocate on this.

Pillars of Eternity 2: Deadfire continues the story of The Watcher, the protagonist of the first game. After a dead god resurrects within a massive statue of living stone, a new destiny unfolds for you. You need to find answers.