A whole bunch of new ranks, levels, and medals.

Dota 2 has changed the way it organizes matchmaking. It ditched the old matchmaking rating value (MMR) system in place of Seasonal Rank Medals.

A post on the game’s official website spells out that the new system shows a user’s “highest performance level for the current season”, so this will be irrespective of the tier you play in.

“A Seasonal Rank Medal never decreases in rank once you’ve achieved it. Initial calibration games will be seeded roughly based on your previous skill,”

The seven levels will have a five star progression each, which looks a little something like this: 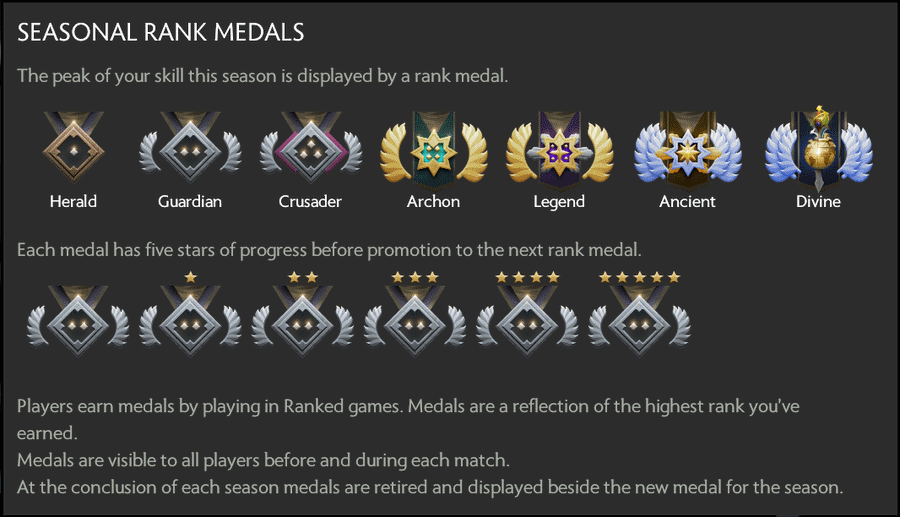 “Your performance in both Party and Solo games is considered when evaluating your skill and determining when your Medal gets upgraded, with Solo games having a bigger impact. In order for players to achieve either the Ancient or Divine Medals, only Solo-game performance is considered.”