With a limited amount of time and resources and a genius mind of Itsuno, some difficult choices have to be made.

We’re all patiently awaiting Devil May cry 5 (well OK, we’re all waiting very impatiently) and its March the 8th release. But before we get there, let’s talk about another Itusno’s baby that managed to become a cult-classic. Dragon’s Dogma, a bit like Shadow of the Colossus, a bit like Dark Souls, a bit like Monster Hunter.

It’s a game that juggles a lot of different ideas. Not all of them are realized perfectly, the story famously has several shortcomings, but all in all the game managed to combine these elements into a satisfying package. As a result, Dragon’s Dogma accrued a cult-following over the years. Now we know that at one point, Itsuno was presented with a straight-forward choice to work on Devil May Cry 5 or Dragon’s Dogma 2. Unsurprisingly, he picked DMC 5.

“So, when the discussion came up for Devil May Cry 5, I went to Kenzo and I said… look, I want to make either Devil May Cry 5 or Dragon’s Dogma 2 next. He said ‘Okay, do whatever you want. Do whichever one you want.’ So I thought, alright, y’know what… let’s do DMC5. So we did that”- Itsuno described the process to VG247.

It’s understandable, Devil May Cry needed the 5th entry in the series and new Dragon’s Dogma, while something I’d love, wouldn’t be nearly as exciting as the new DMC. And this is not to say that Dragon’s Dogma 2 isn’t next in line, from what we’ve seen DMC 5 seems to be a guaranteed smash-hit, so Capcom very well might continue letting Itsuno do what he wants.

Notably, the original Dragon’s Dogma is being ported to Switch this year and I already speculated, before this story broke, in an as-of-yet unreleased article about Switch predictions (look forward to that one, the Switch is on fire in 2019) that the port may hint at Dragon’s Dogma 2 being a distinct possibility and it seems I wasn’t wrong.

The most refreshing thing about it is the amount of faith Capcom has in Itsuno. Faith I’m sure is very well-placed. 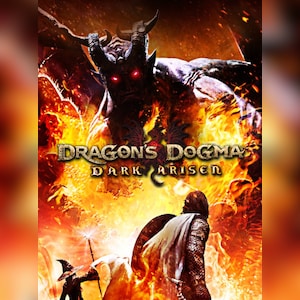