Ooof, Todd Howard has certainly ruffled some feathers hasn’t he? The internet hype-machine can be great for marketing, but once they’re fixated on something negative, man, there ain’t no stopping them.

Case in point—for a while now people were expressing a lot of concerns over the direction the Fallout franchise is heading as well as the very mechanics of the game highlighted at E3. Todd Howard attempted to explain himself on multiple occasions, but if you know anything about the internet hate machine, you know this is just kindling for the fire.

The treatment of Command and Conquer by EA also correlates with this. Many are wondering if Bethesda is really giving Fallout the respect it deserves. Some are doing this en mass on Reddit while others get more creative.

There’s many creators on the Nexus, the biggest mod community for Bethesda games, creating mods for Fallout New Vegas and Fallout 4 that attempt to emulate what they fear Fallout 76 is going to be like. Showcasing above the Fallout 76 experience mod which will have you confront gangs of hyper-aggressive and angry, overpowered NPCs mercilessly pwning you.

Cheeky of course, but perhaps speaks to the wider atmosphere of fear and resentment surrounding Fallout that I hope only originates from a very vocal minority. Me personally, I’m willing to let Fallout 76 be what it wants to be regardless of what Fallout 1 and 2 were, perverted nostalgia notwithstanding. But I’m not the internet. 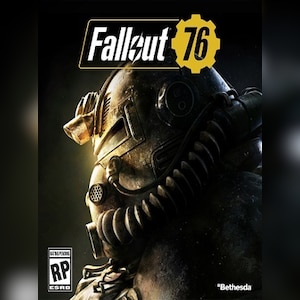