Ah Loot Boxes, the bane of modern gaming. The shining beacon of corporate greed that was finally the straw that broke the camel’s back. 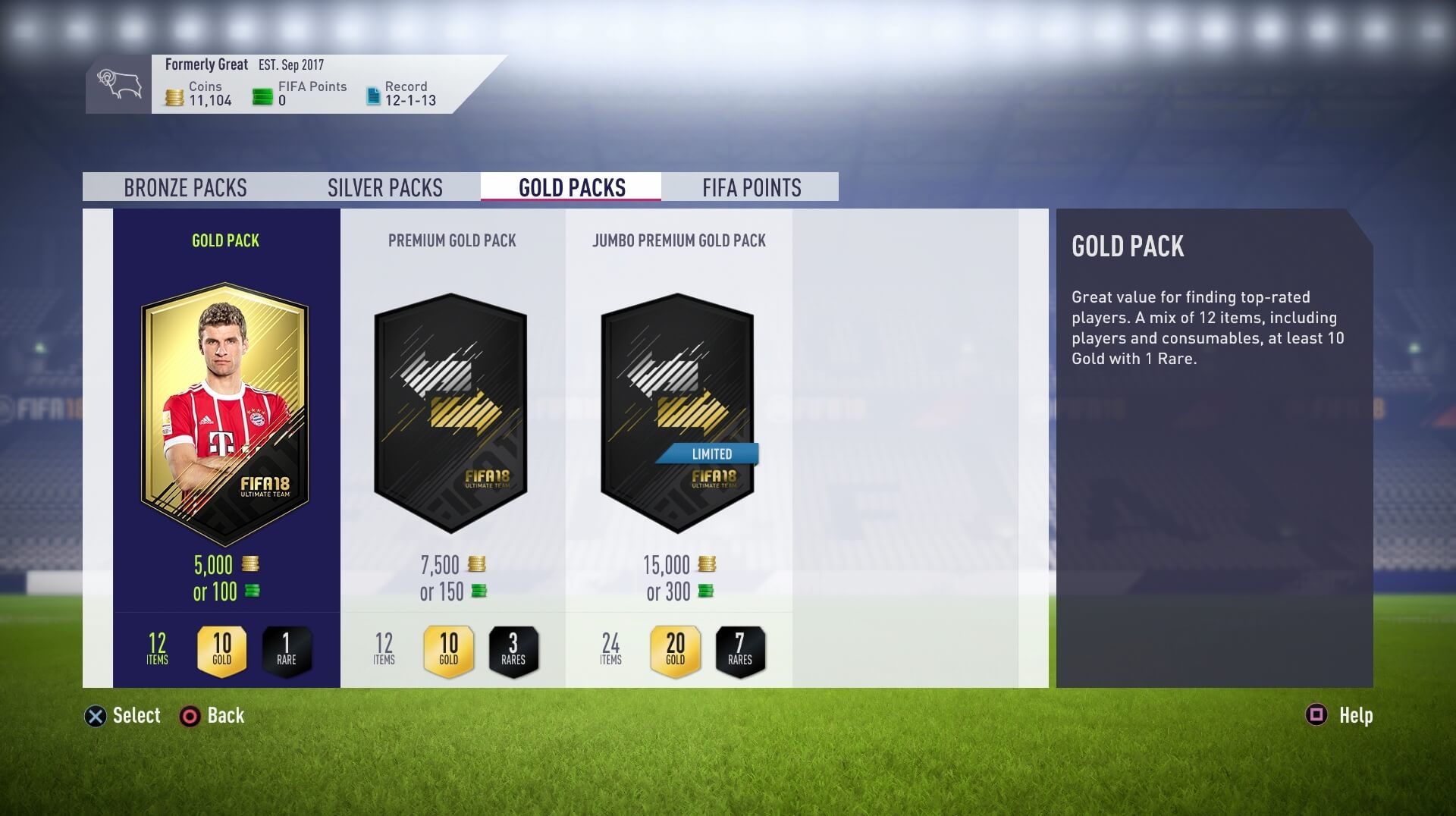 But it looks like the legal actions taken by all sorts of commissions world-wide are finally paying off with EA asserting that Fifa 19 will disclose the odds of FIFA Ultimate Team packs. Problem is, we really don’t know what that actually means. Companies really don’t want to disclose strict percentage odds because seeing a measly 0.1% chance of getting a legendary is something that would immediately turn people away from Loot Boxes.

Of course, it should be noted that EA still does not consider Loot Boxes gambling despite ruling bodies across the globe very much disagreeing because they personally do not allow for reward monetization (because apparently if something is possible but you yourself don’t make it possible, then it’s not your problem).

Pick up your favorite team of soccer players and feel the rush of sports fever. Introducing 3 new competitions missing from the series for way to long, pick or build and customize your team and participate in the biggest soccer tournaments in the world.