Announced some time ago, the limited time Playground Mode is coming soon. 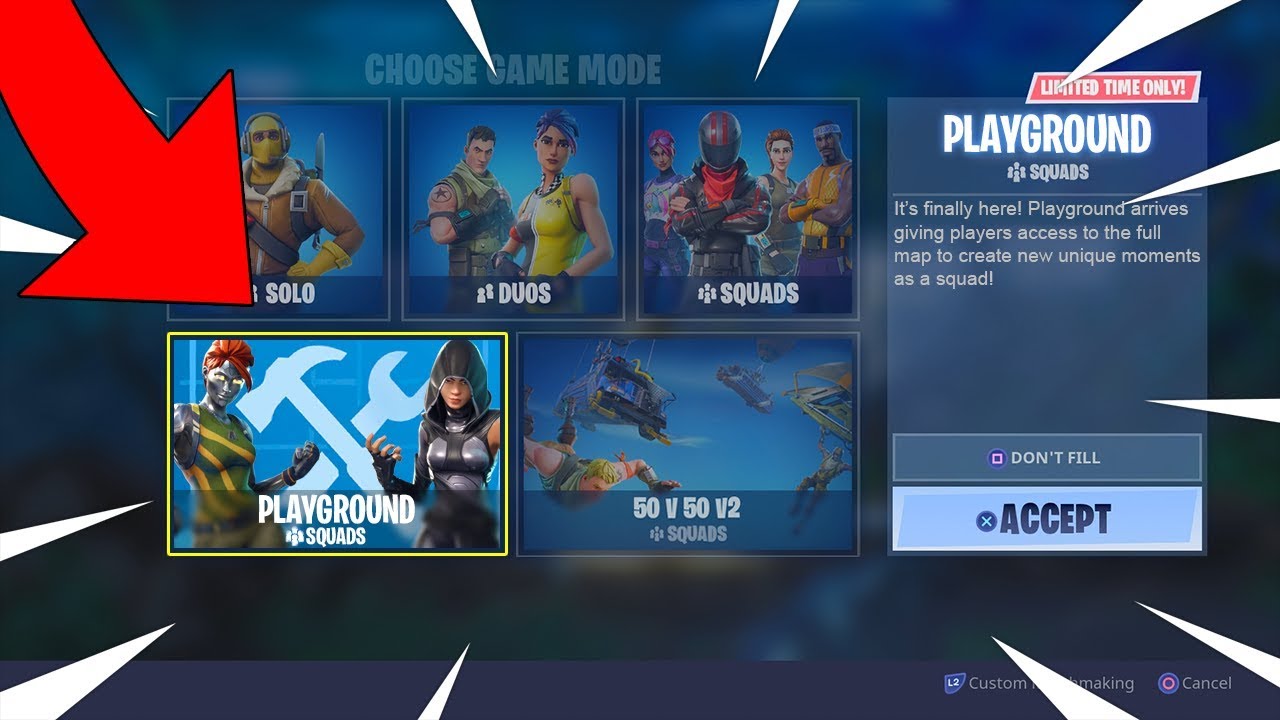 The main gist of it is pretty simple- you’ll get your private little island on which you’ll able to build to your heart’s content. You can even bring friends with you and shoot each other if you want to have a fort battle or something to that effect. And you don’t have to worry about lengthy landfall, as you’ll be respawned immediately.

This is undeniably cool, Fortnite offers a lot of variety in the way you can build things, but due to the frantic nature of normal matches, you don’t end up exploiting it to its full effect. I expect people to do crazy things like rebuild famous places from other games in Fortnite in the Playground Mode.

And much like with ranked seasons, this idea may resurface in the future. Epic has stated that they want to implement a full-time creative mode into the game, and that seems like a wonderful addition to Save the World. The mode should be available in the next update.