Can something become so popular that it transcends the confines of digital media and becomes reality? 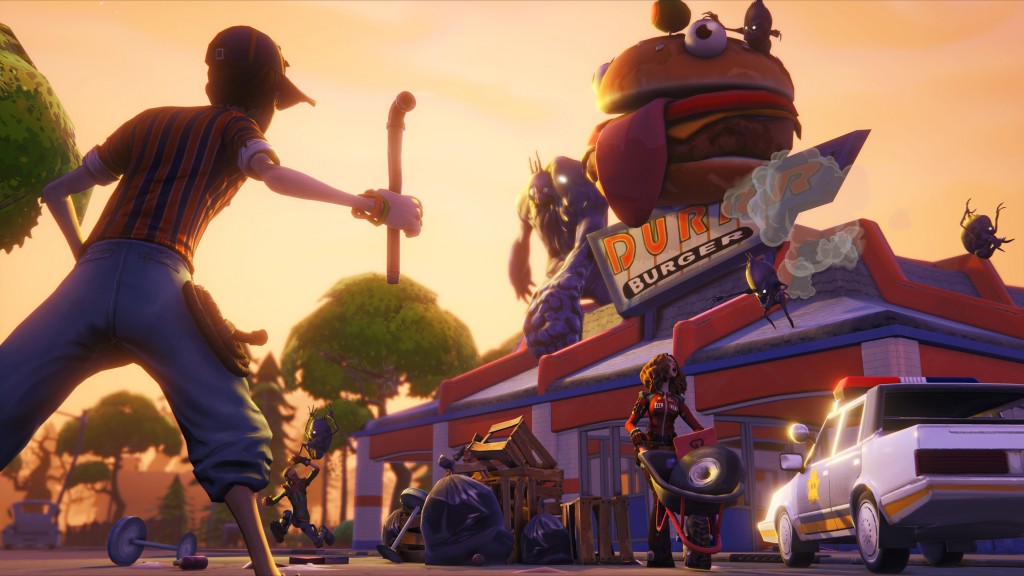 So here’s the deal—remember the rifts appearing in Fortnite? Yeah, they’re a thing. For days now they’ve been wrecking havock around the map and recently the big one consumed one of the many Fortnite mascots—the somewhat offensive Durr Burger. I hoped to never see this tasteless thing ever again, but it sort of… Reappeared.

Not in Fortnite though but, well, here. In Palmdale California to be exact? The burger was originally spotted by a photographer completely unaffiliated with Epic Games and in fact entirely oblivious to what Fortnite is. The strange statue is in the middle of the desert and accompanied by a police car from Fortnite and a sign warning of anomalies.

This is very clever marketing on part of the Epic’s team. Presumably this is beginning to an ARG (short for alternate reality game) to promote the 5th season of Fortnite and it’s likely it got discovered ahead of its intended time.

Stay on the lookout for more landmarks like this and look closely for what the rifts might swallow up next. There’s no telling how far Epic is willing to go along with this game.