Contrary to the popular belief, the game is quite alive this days.

2K Games isn’t the most deliberate company when it comes to deciding how online games should be published. Evolve suffered from the tons of DLC announced even before the release. Battleborn, even though it’s a different game, was harmed by a release close to Overwatch’s debut.

If you check Steam Charts, it’s easy to see that PC player base of Battleborn in the last 24 hours was small. Small as only 415 players being online during a peak. It’s unknown how many players there are on consoles, but Gearbox Software is perseverant at delivering content announced for the Season Pass.

Yesterday, the fourth story DLC titled Montana and the Demon Bear was released. “Join the Battleborn as Montana recalls his encounter with a terrifying Varelsi beast.,” we read in the official description.

It’s worth mentioning that the final story DLC, Phoebe and the Heart of Ekkunar, is releasing soon, but there’s no confirmed date. All DLCs are available for Season Pass holders and Deluxe Edition owners, but since the Winter Update players can earn Platinum through Daily Quests. 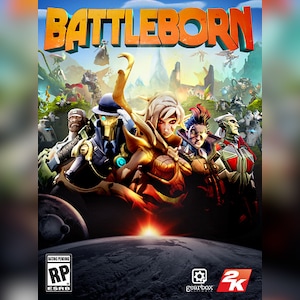