Some time ago I’ve written about the resounding success of Frostpunk and not more than a couple of days I’ve written a glowing review of the game and now 11 Bit is delivering on the promise of bringing new content to Frostpunk. 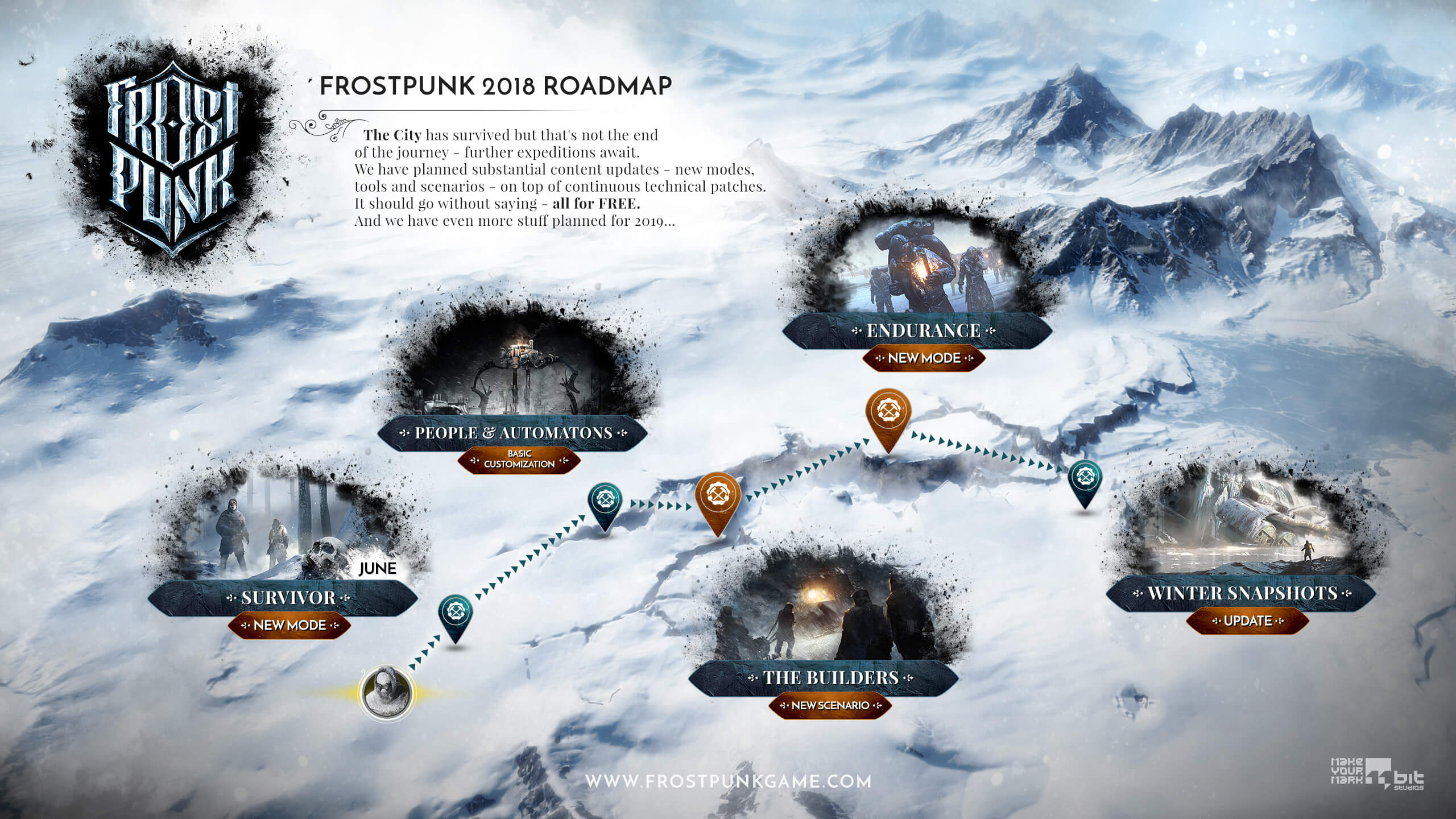 First off, Frostpunk is getting a big customization update which will let you name and, in the future, design the inhabitants of your city. This is great as it would allow players to get even closer with the people they are, well, frankly oppressing. A hundredth John Smith is just a number, but a man who you named and clothed yourself is a very special John Smith.

Next up, the game is gonna get an endless mode letting you try and go against the cold for as long as you can. The devs are also planning to introduce a new scenario called The Builders, but there is very little detail on that now.

Best part is all of these are coming free. Which nicely solves one of the only legitimate points of criticism I had for the game- lack of perspective of future content. I think we can safely assume some good DLC before the studio moves to deliver us another morally charged treat of a game.