Finally you will be able to play the tech demo known as Ryse: Son of Rome.

Jokes aside, April 2017 list for Games with Gold offer looks quite promising. Xbox One users will get two titles. For the month of April you will be able to download Ryse: Son of Rome. Starting on April 16th and up to May 15th you can grab Telltale’s The Walking Dead: Season 2 as well.

Xbox 360 users get Darksiders – available from 1st to 15th of April. Starting on April 16th and until the end of the month you can add Assassin’s Creed: Revelations. Both games are ready for Backward Compatibility program, so Xbox One owners get four games in total. What do you think about the upcoming offer? 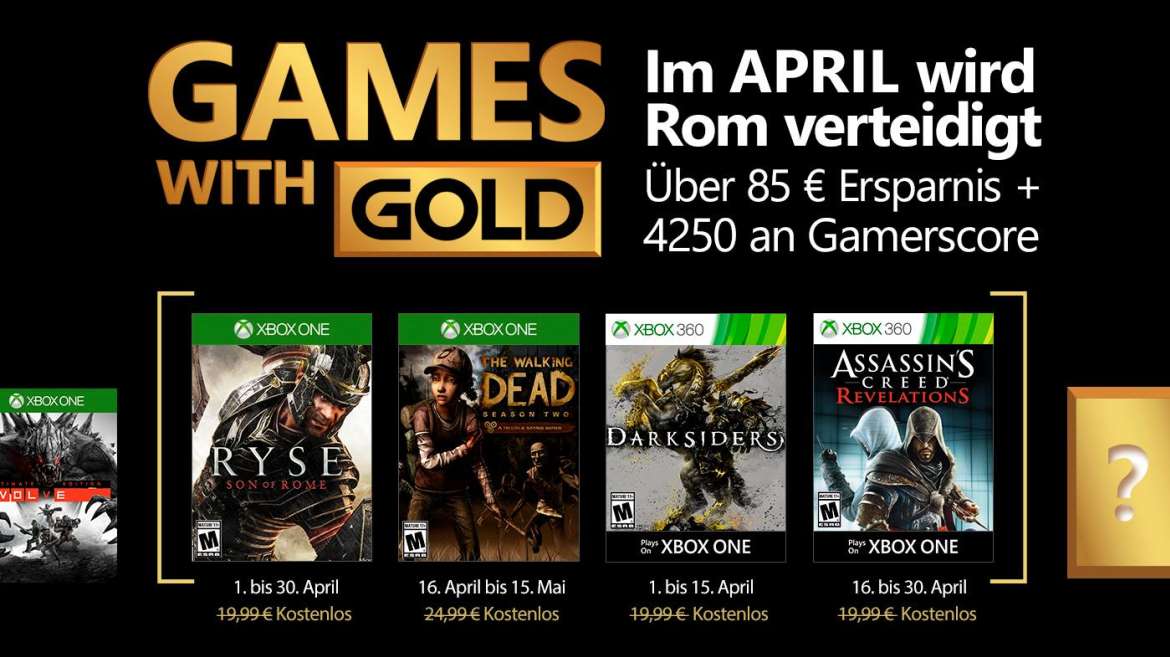 Become the Horseman of War and find out who caused the events that robbed you of your station. Slaughter enemies, solve puzzles, win back your honor. Darksiders is a thrilling game with a stunning visual style.