An Easter Egg we can all get behind. Or rather into. Or maybe even over.

So the harsh weather & proletariat uprising simulator, Just Cause 4, came out and it’s… well it’s Just Cause 4. It’s Just Cause 3 only more, just ’cause (I finally got to use that pun in a way that makes sense, I’m proud of myself). It may not be the holy grail of gaming, reinventing the open world, sandbox of destruction formula, but one Bennett Foddy may offer a counter proposition to that.

You remember Getting Over It with Bennett Foddy? It was a short-lived but thoroughly enjoyable phenomenon, a game that for a brief moment, was more popular than PUBG on Steam (true story). A very mean-spirited game, but one that offers a true catharsis. Or at least it sells a fake catharsis very well. A game about a man, in a pot, armed only with a sledge-hammer and wonky physics, attempting to scale a mountain made out of mismatched assets with a constant threat of losing all the progress.

So Just Cause 4 decided to pay homage to what already was an homage to a game called Sexy Hiking. Look, art is derivative, OK? You can find a familiar pot and pickax weirdly levitating in the air and if, against your better judgement, you click on the prompt, Rico will plant his legs firmly into the pot and grab the pickax while perspective changes. You now have to, what else, get over it.

Bennett Foddy even provides a special voice track to compliment your efforts, this time comprised of fitting quotes from previous Just Cause games, mostly sounding a mixture of cringe and oddly profound in the context. Foddy visibly struggles to retain composure as he reads what amounts to Just Cause’s version of excerpts from the Lusty Argonian Made, so I guess he has some getting over it to do himself, which is all sorts of appropriate. He also calls out people who watch this recorded instead of playing it which… Well played.

Unfortunately, the level is pretty short and it seems as though the brain-heads behind Just Cause 4 just couldn’t make themselves give it controls as bad as the original game. But maybe that’s for the better. I guess Bennett Foddy’s deliberate cruelty remains, for now, unmatched. There’s also apparently a way to break it and continue going out of bounds of the Easter Egg. I wonder how far can that be taken. Can you play the rest of the game like this? I sure hope so. I want to see those let’s plays, this might be a new version of the infamous “Resident Evil 7 Davis run”.

Just Cause 4 is out now and there’s more to like about it than this Easter Egg of course, but it’s a great thing. 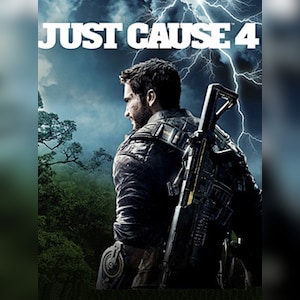