If you’ve been waiting for the launch of the new God of War game, you’re in luck because the production is now officially declared gold by the developer, which basically means it’s finished, ready for getting burned onto discs and shipped to stores. Cory Barlog tweeted a solemn, but cheerful statement, announcing the game’s status.

If you don’t know if you’re waiting for the new God of War, a brief recap: after solving his problems with a good chunk of the Hellenic pantheon, Kratos, the titular god of war, went on a pilgrimage and wound up on the far North, in the land which in the future will be known as Scandinavia. The game events will begin unspecified number of years after that, with Kratos being faced with a responsibility to raise a son, teaching him the responsibilities tied to divinity. And since this is a God of War game we can expect to see a mass slaughter of aggressive mythological wildlife, now with a new over-the-shoulder camera perspective, as one of the changes introduced in the upcoming game.

God of War launches on April 20th, almost a month from now. We can probably expect more materials to be shown ahead of the release. 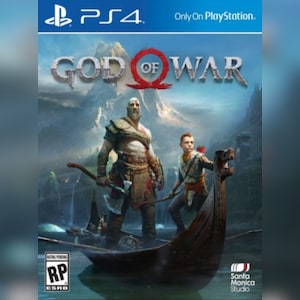