PUBG has been somewhat quiet about large updates and news, diverting all of its powers towards the big E-sports event in Berlin later this year. But something very well may be on the horizon. 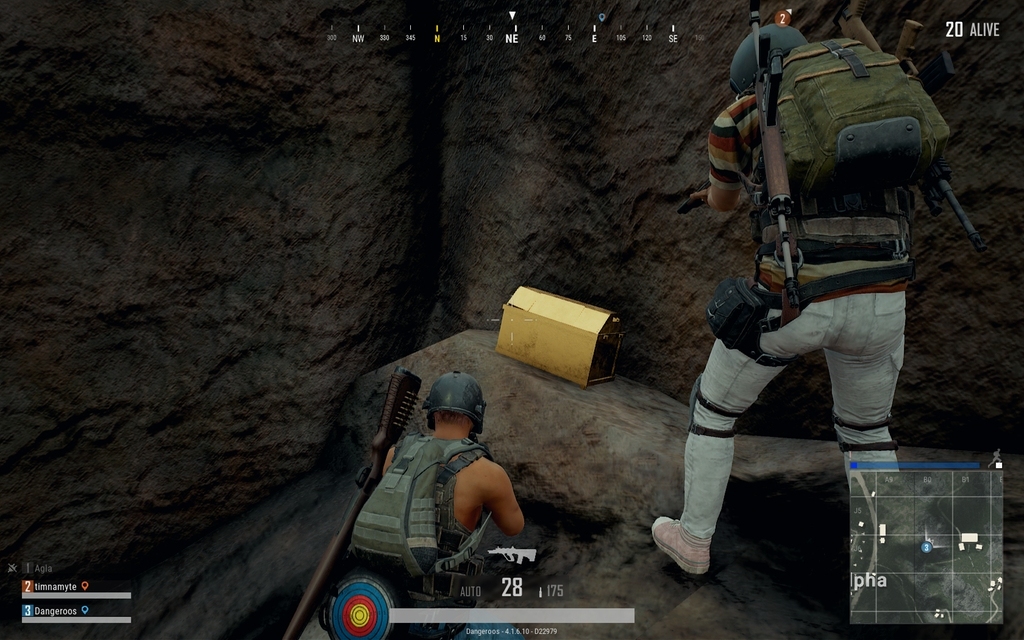 PUBG’s newest and smallest map, Sanhok, has been in testing and development for a while now. It isn’t ready for wider public consumption, not by a long shot, the changes it slowly accumulates are by and large subtle and deliberate- building and tree placement, terrain details, road connectivity and stuff like that.

But recently players started finding shining, golden chests, seemingly randomly scattered through the map, sometimes hidden in hard to reach places. These chests are… Unintereactable, sadly. Currently nobody knows what purpose they may serve. Some see it merely as a joke towards Fortnite which does feature golden chests prominently. Me, I don’t think it’s as obvious as that.

I mean I just have to give PUBG the benefit of the doubt right? After filing countless frivolous lawsuits over other games “stealing” their content, it would be rather ironic for PUBG to “steal” Fortnite’s content, wouldn’t it?