Several days ago I wrote about the recently released title, Dead in Vinland. Now I have another thing to report from the frigid, northern wastes, this time about Northgard.

The game is already available and just received a large update, fixing a lot of the issues people had struggled with, reportedly leading to abuse it multiplayer sessions. The developer also teased a new Clan of Viking warriors to be released soon (although no concrete date was stated). Northgard, form what I can tell, is a solid backdrop into the classical RTSs such as Age of Empires (but probably more in-line with the spin-off game, Age of Mythology, which I remember very fondly).

And look guys… I just really like Vikings. Now admittedly, this one doesn’t have seven distinct romance plot-lines, which is a shame, but then again isn’t a survival game, which I personally don’t enjoy very much. And even then, the in-game mechanic of building Fame, which acts kind of like a resource in Northgard, means I still get to tell my epic Viking Saga, while enjoying a crunchy RTS.

Spring just started, but I still feel like remembering the fun things about winter. Like overused Game of Thrones jokes. 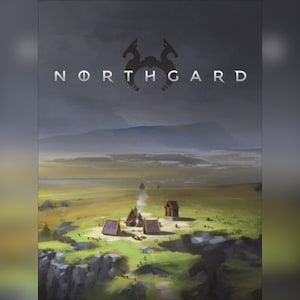