Alright guys, this one is heavy. Trigger warning right here, because this one gets… Difficult. 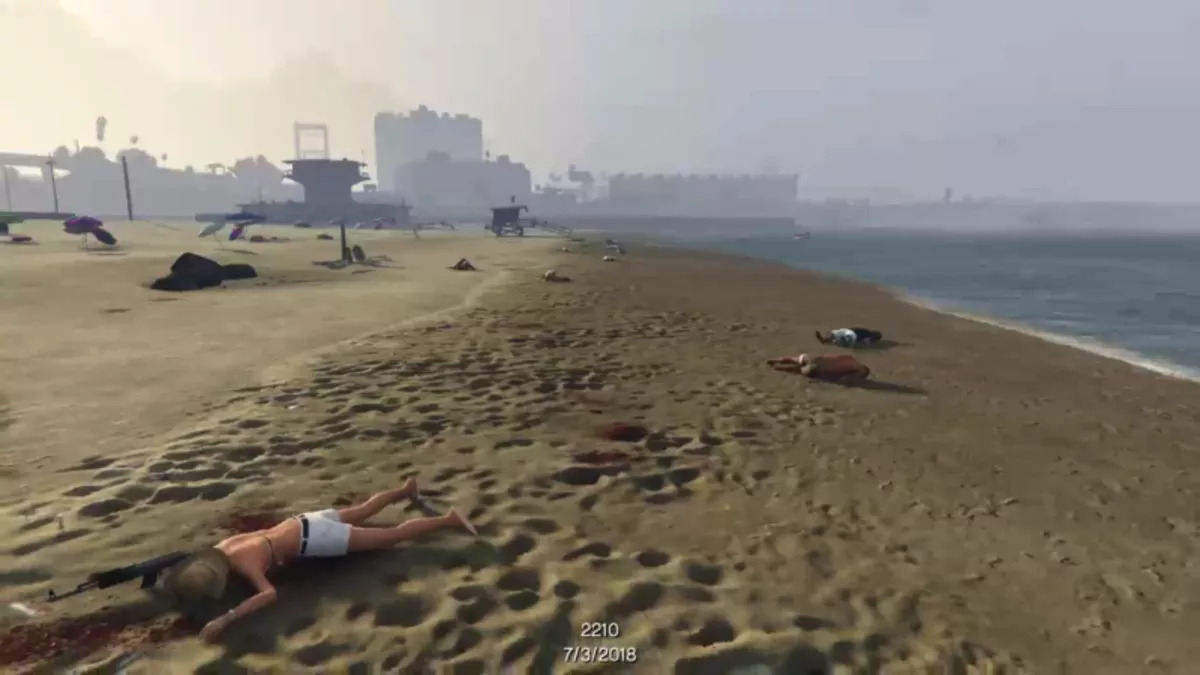 Ok, for those of you who weren’t immediately turned away by the combination of GTA V, real world gun violence and a performance piece of unapologetically political slant (so I guess those of you who actively like to get angry I guess) here’s the story:Joseph DeLappe, an artist known for using video games as a medium, has taken to use GTA V to depict real life gun violence statistics in the USA.

The performance takes the form of a Twitch stream where a “self-playing” game of GTA V will be running depictions of homicides according to the statistics. Basically what you can see on stream are panning shots of the game sans any kind of player character, showing scenes of gruesome murders. The distinctly 50-s America country music gives all of this a very Fallout feel.

Now to clarify something, this isn’t meant to link gun violence with video games, although a point has to be made, how simply by framing the presentation as a video game the whole thing can be safely streamed, showcasing the staggering scale of it all.

You can watch the stream here, but I have to warn you again, this is pretty heavy. Although the discussions in the chat (at least what I’d seen) are worth witnessing and participating in. The stream is meant to run for a year (until, of course, the next 4th of July) but depending on the backlash it could get cancelled. If the NRA gets a hold of it, it likely will.

Join three distinct career criminals on a series of heists which will go down in history. GTA V is the essential open-world crime game all fans of action action games worth their salt should play.