Hitman is releasing on January 31st in a full season disc version. To accompany this release, Io-Interactive is updating the game with another difficulty setting, Professional mode, along with some gameplay changes and additional rewards. Here’s the official description:

The new difficulty level introduces strict item rules so players will be noticed carrying suspicious items, disguises that can be ruined depending how you take out the NPC wearing them, new security camera rules, limited save games and a whole lot more. Everything needed to challenge even the top players. To unlock Professional Difficulty Level players will need to reach Mastery Level 20 for each location and there are separate leaderboards between difficulty levels. Professional Difficulty Level will be available for all main Story missions only, excluding Prologue.

Hitman The Complete First Season releases on January 31st on Xbox One and PlayStation 4. 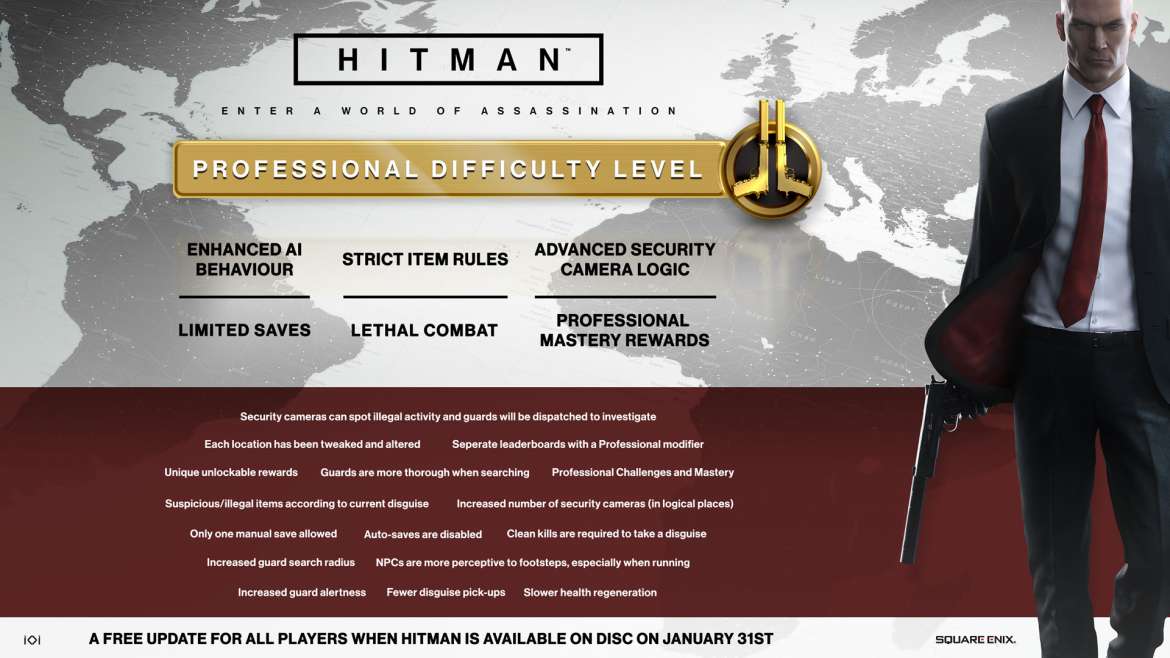 Agent 47 never retires, only changes suits. Hitman is an episodic assassin simulator taking you across the world to distinct locations.