Mass Effect Andromeda debuts next week and the game is currently available in Early Access. We decided to share our thoughts on the single player campaign.

To start with, let’s deal with the face animations. If you have access to the internet (and you are reading this, so this is our belief), you surely saw hundreds of GIFs and videos, which present the “brighter” side of Mass Effect Andromeda. I’m not going to defend them here – they are horrific when it comes to humans and really well-animated when we see Salarians, Krogans and other races. 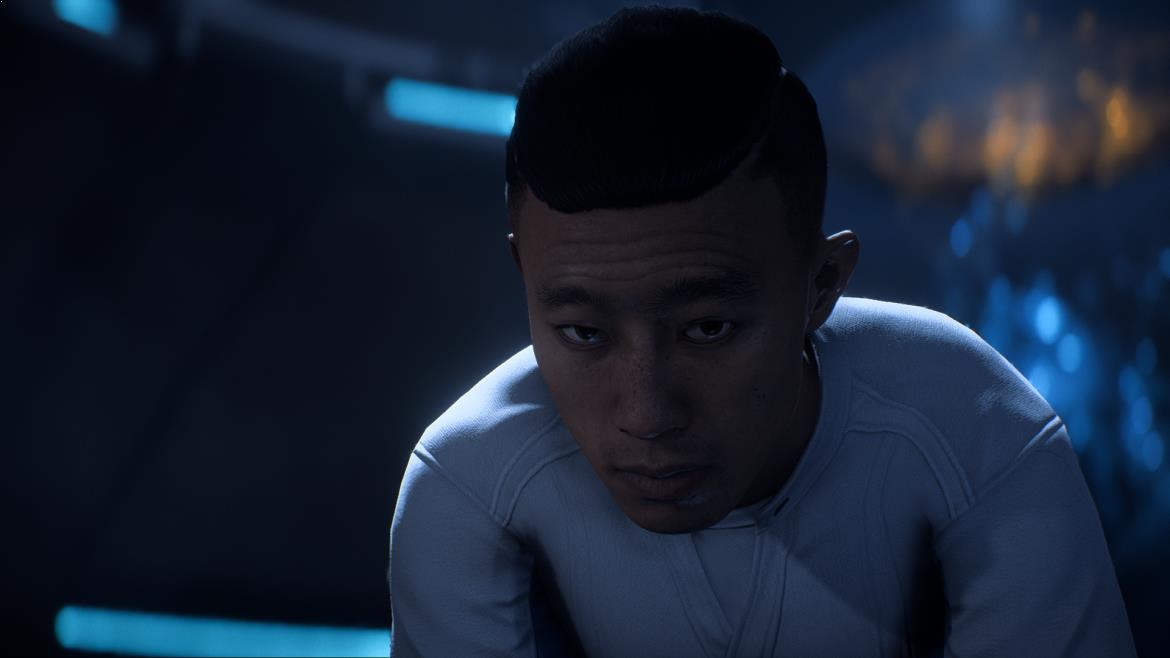 The game starts with us creating our main character and his or her sibling. The other member of the Ryder family is a part of the whole plot, but after playing several hours of the Origin Access I wasn’t able to see much of this relations. Hopefully, it won’t end as in Dragon Age II, where we didn’t have much to do with our sibling.

Mass Effect Andromeda serves as a soft re-launch of the IP. It’s a fresh start both for players and for characters of this universe. The titular Andromeda is the new galaxy that humanity and other races hope to colonize. And, as you could guess, almost nothing goes as it was scheduled and planned. After 600 years of travel in hibernation, our heroes quickly realize that “golden worlds” – planets that should be habitable – are far from being perfect.

I don’t want to spoil you the early hours of the game, especially because they are characteristic to BioWare’s slow pacing style – with the exception of Mass Effect 2. If you played Dragon Age: Inquisition or even Mass Effect 3, you know that the studio (even though the team consists mainly of fresh employees) has a simple take on introducing the player to the world. There are a few missions before you start your exploration, and even then it’s somehow limited. In Inquisition it was Hinterlands you visited, and here it is the sandy planet of Eos. 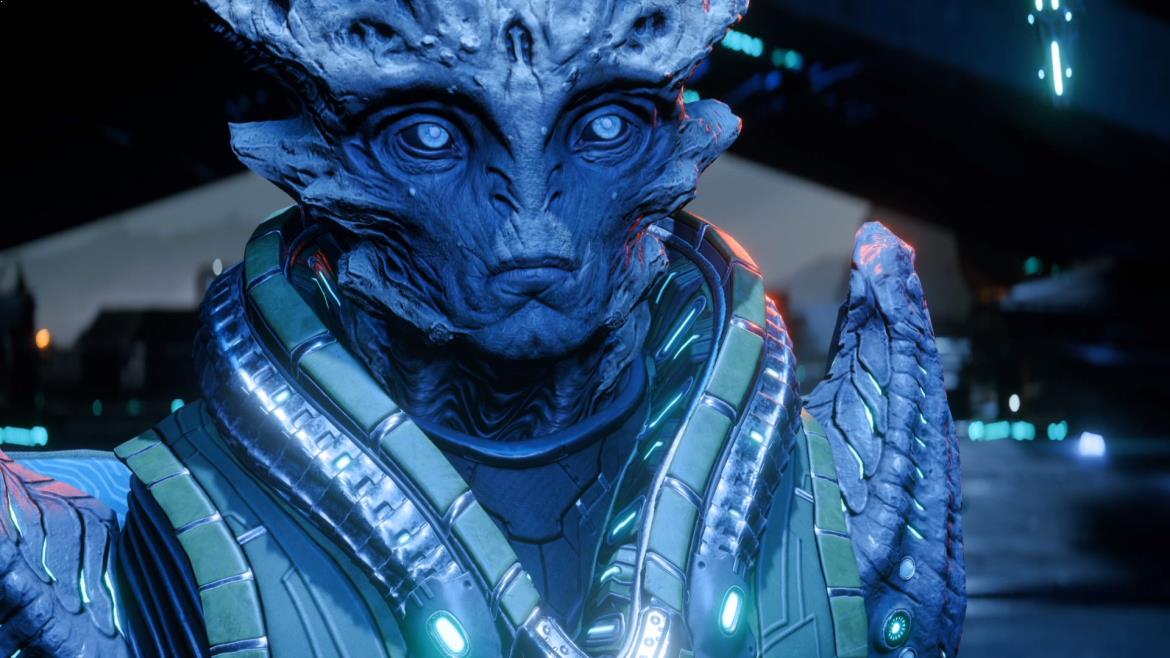 I like the Tempest, our new ship that’s well-suited for uncovering the mysteries of a new galaxy. With the limited Origin Access it’s hard to judge how much we’ll have to do, but Eos itself has various activities to complete. To expand our search through the Heleus Cluster, where Mass Effect Andromeda takes place, you’ll have to improve Viability of several planets. And surely you’ll appreciate the views!

Not only does the Frostbite engine serve the game well when it comes to the look of newly discovered worlds, but it also allows to present them from a new perspective – directly through the Tempest’s windows. Moreover, the ship’s design is fresh – there are many familiar bits, but it’s not Normandy SR-3. I would only have wished that Strike Teams were moved from a console placed aboard to a menu accessible anytime (more on them in the second article about multiplayer).

And when it comes to transport, there’s also the Nomad – a vehicle used for ground travels. I loved the Mako and I’m not entirely sure if this weaponless “car” will manage to take its place. What I know is the fact that it’s incomprehensible that the Nomad has two driving modes. Four-wheeled mode is for fast travel, while the six-wheeled one comes in handy while going through steep terrains. Hopefully, someone will combine those in the upcoming patches. 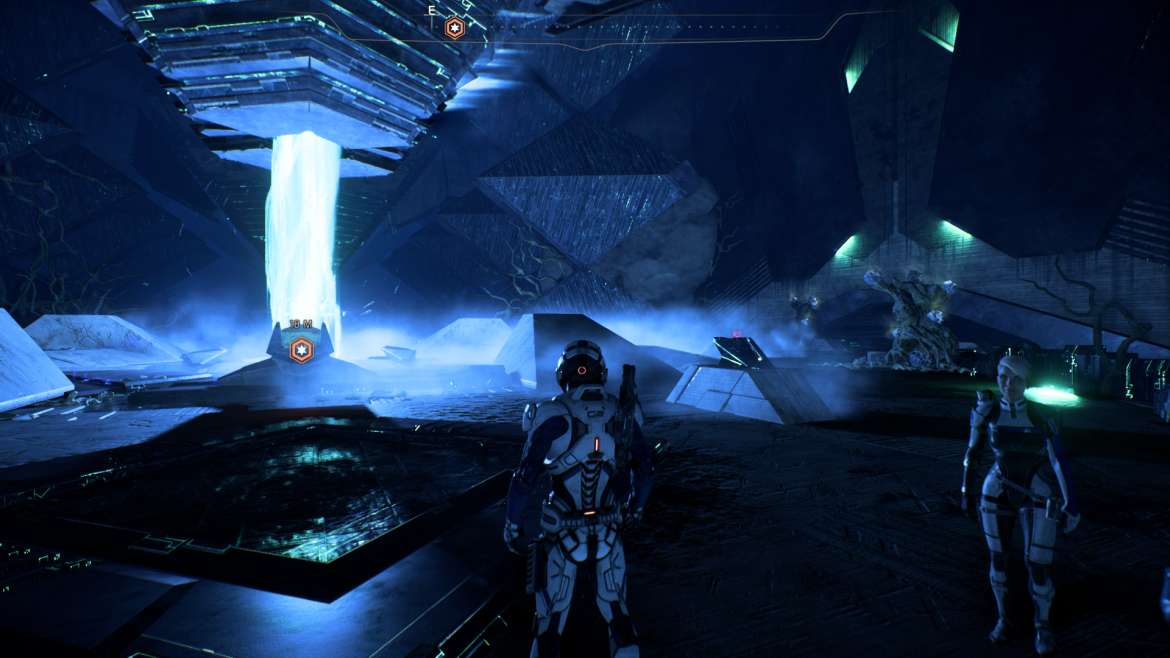 I won’t talk much about the plot or character portrayal – with the former I don’t want to spoil much and with the latter it’s hard to talk about most of the people and aliens we meet. I was somehow surprised that I started to like Jarun Tann played by Kumail Nanjiani just after two talks on the Nexus. There are others and there are plenty of sidequests available quite early in the game, so I hope that there are more interesting personas to discover.

And when it comes to discovery, there’s also combat and no one should think there’s less of this in Andromeda. Generally, I like almost all of the changes that occurred here. If you played multiplayer mode of Mass Effect 3, you know the drill. There’s no power wheel with several skills to use – instead, you have three main skills that you can freely select (and four “favourites” – a form of presets – available anytime). It means that you aren’t prepared for everything and you have to adapt. And that works lovely, with more vertical maps and more dynamic encounters.

There’s much more to tell about Mass Effect Andromeda. We’ll share our opinion on multiplayer tomorrow, with a review around game’s release.