There’s also a fresh gameplay trailer with examples of some interesting weapons.

Q2 is getting a bit busy with another release scheduled for May. This time it’s Prey and Bethesda Softworks confirmed it will debut on May 5th. Here’s the official synopsis and the gameplay trailer:

When you awaken aboard Talos I, an immense space station orbiting the moon in the year 2032, you find yourself as the key subject of an experiment meant to alter humanity forever – but things have gone terribly wrong. The space station has been overrun by hostile aliens and you are now being hunted. As you dig into the dark secrets of Talos I and your own past, you must survive using the tools found on the station, your wits, weapons, and mind-bending abilities to defeat the Typhon alien.

People preordering Prey on PC, PlayStation 4 or Xbox One will receive the Cosmonaut Shotgun Pack. It includes three Neuromods to improve the protagonist’s skills, a shotgun and ammo plans, two medkits and other useful items. Here’s a visualization: 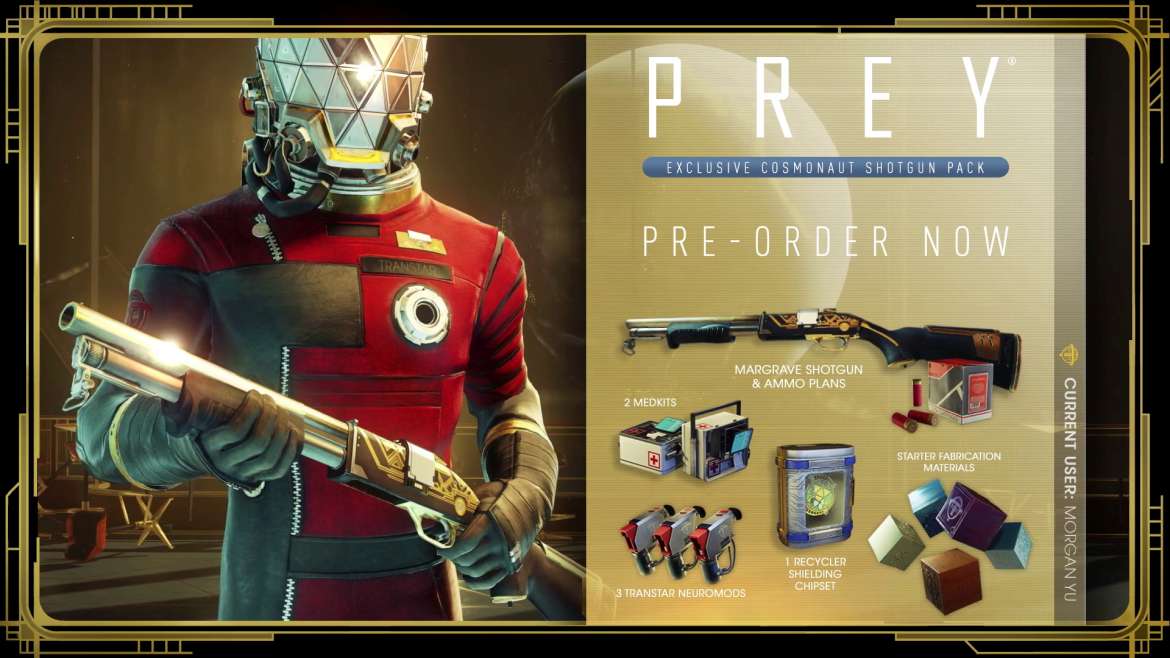