“I want to see [PUBG] as a considered esport with events taking place in big stadiums and sort of year long leagues” said Brendan Greene of PUBG inc.

We’re building an esports team globally now, between the US and Europe and Asia, and really trying to develop out the tools we need to support esport organizations and players in order to give a good foundation, […] that’s where I want to see [PUBG] in three years

The developer behind PUBG claims they’ve been working on setting up an e-sports stage for Battle Royale for the past 3 years, which is the actual reason behind PUBG skipping on overhauls to the game that would hopefully make it more… Copyright-able. We’re probably all well aware of the controversy surrounding PUBG rattling their legal saber in the general direction of all of its supposed copycats. Due to the nature of PUBG’s visual style, Bluehole has had a major issue protecting themselves from what they claim to be infringement of their copyright. 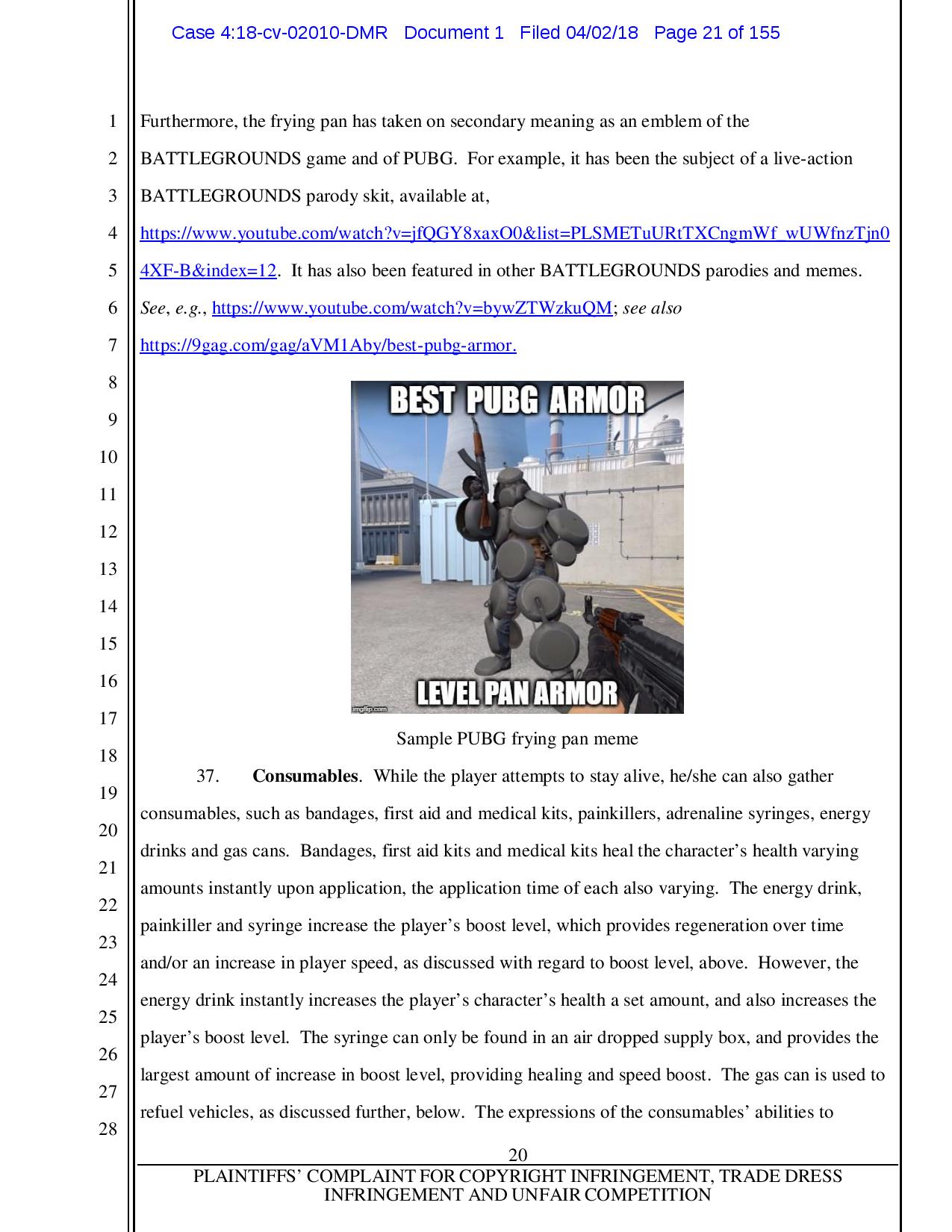 The developer claims that they always intended to take PUBG to that great e-sports place in the sky. And I mean… Yeah, that sounds cool. E-sports teams are definitely more marketable and copyright-able than asset-store bought frying pans, nobody’s gonna copy their e-sports set-up right? Personally I think it’s deliciously meta, we’d have actual teams of professionals, playing against other teams of professionals in a game, where teams of professionals shoot at each other.

Can we turn this into an actual blood sport? Can we set it up so that during the events the players who lose actually suffer physically? Not a lot, just like a small electric current through their fingers or something. Because that would be cool. “Yo dawg, I heard you like Hunger Games, so we’ve made bigger Hunger Games in real life to put our Hunger Games-esque game inside, so you can Hunger Games while you Hunger Games”. I’d watch that.