The sequel once again brings heroes and villains in one humoristic adventure.

If there’s a constant in the universe, it’s the flood of new LEGO games. This time LEGO Marvel Super Heroes 2 was announced and we are happy that this particular LEGO series is getting a sequel. The game will release on November 17th on PC, PlayStation 4 and Xbox One, with Nintendo Switch version expected this Christmas.

There’s only a small teaser available below, with the full trailer scheduled for May 23rd. Four-player competitive Super Hero battling mode was announced, with new gameplay features like time manipulation. You will be able to play LEGO Marvel Super Heroes 2 in four-player co-op as well.

Players will go head-to-head with the time-traveling Kang the Conqueror in an epic battle across Chronopolis, from Ancient Egypt and The Old West to Sakaar and New York City in 2099. Along the way, gamers will be able to take control of a host of iconic characters, from Cowboy Captain America from the past to Spider-Man 2099 from the future along with Thor, Hulk, the Guardians of the Galaxy, Black Panther, Captain Marvel, Doctor Strange, Green Goblin and dozens of other Marvel Super Heroes and Super Villains. 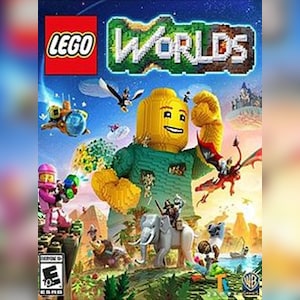