Yes. Yes I did go there. Come on, you expect me not to basically devolve into a series of innuendos when talking about Leisure Suit Larry? You’re nuts. Nuts I say! 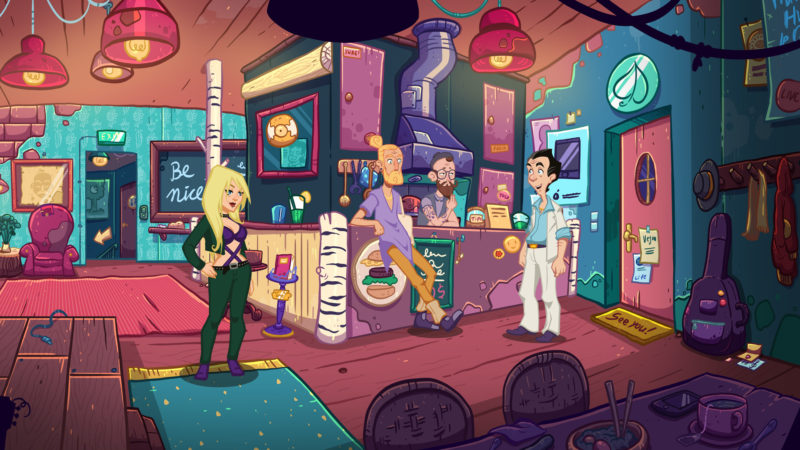 So here’s the thing: Leisure Suit Larry is a series of comedy games following the misadventures of Larry Laffer, an antihero of the sorry, a sleazy douchbag and essentially Johnny Bravo of video games. We haven’t had a new Larry game in 9 years now and with good reason- the humor of these games is… Very, very 90s. You could say they’re a cougar of video-games.

Casual sexism and racism fill these games, which is kind of ok. They are meant to be satirical, at least on paper. Larry Laffer is never presented as a good guy whose ideas make sense in any way, shape or form, in fact he’s most certainly a bad boy and very much gets punished for being so bad. But it’s difficult to take these games as a satire these days, because satire always runs the risk that, well, some people might think it’s serious. The question of “isn’t it better to take this issue seriously instead of laughing it off and running the risk that some people will merely pretend to laugh at it while they sympathize with the sentiment?” is sure to rebound in the ensuing weeks. 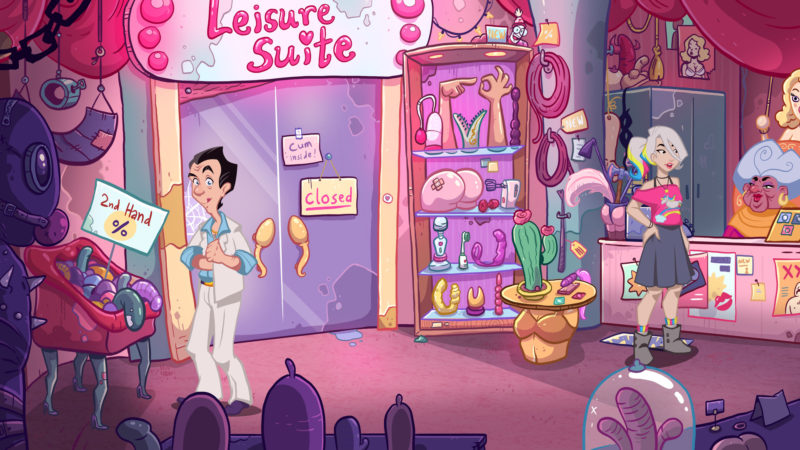 Enter the next installment in the series- Wet Dreams Never Dry (Christ…), developed by Assemble Entertainment. The premise is somewhat different this time around- Larry is transported into 21st century, where his completely backwards sensibilities are confronted and examined with a critical lens. Also of note, looking at the screen-shots, our boy has grown a lot. This is not an innuendo, he has really grown. Like, he’s normal human-sized now, as opposed to pickle-sized.

I cannot wait. Larry is coming and so am I.