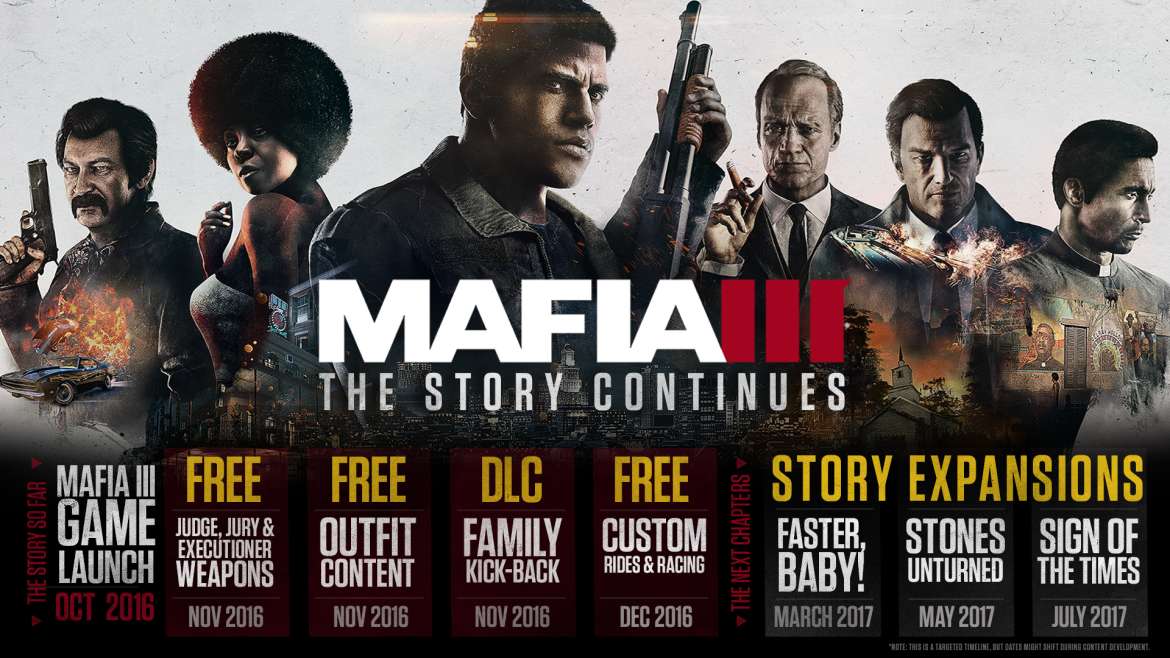 As you see, a lot of content was already available for Mafia III. This year content updates are focused on story expansions and we should remind you that they are the paid ones – available separately and covered in a Season Pass.

Faster, Baby! DLC will be available at the end of March and is described as follows:

A lot of car chases are promised with another “killer story” taking you to a whole new part of New Bordeaux. Second expansion, titled Stones Unturned, will be available in May and here’s the description:

When a merciless rival resurfaces in New Bordeaux, Lincoln must join forces with CIA agent John Donovan to settle a blood feud that began in the war-torn jungles of Vietnam.

Finally, in July, you’ll be able to download Sign of the Times and once again we have the official synopsis:

A string of ritualistic killings has New Bordeaux on the edge of terror. At Father James’ request, Lincoln agrees to hunt down the cult responsible, a quest that will take him from the dark heart of the old bayou to the drug-ridden counterculture of the inner city.

The crime families of New Bordeaux have been squabbling for too long. Someone should bring them together, by force, if necessary. With a 1960s Louisiana town in front of you, you must make some allies to take control.