No new Mario Kart for Switch’s release but you should appreciate the upcoming package.

We all could have hoped for Mario Kart 9 coming to Nintendo Switch. It looks like it’s to early, so instead users of the newest console will receive Mario Kart 8 Deluxe:

Up to eight gamers can play the game via local wireless multiplayer. All DLC elements from Wii U version will be included, but there are also new characters like Inkling Boy from Splatoon or King Boo.

“Battle mode has been revamped and includes Balloon Battle and Bob-omb Blast, with new courses such as Urchin Underpass and Battle Stadium, and returning ones like GCN Luigi’s Mansion and SNES Battle Course 1. Players can now carry two items at a time, including new items returning from previous Mario Kart games such as Boo (the item-stealing ghost) and the Feather, which gives players a high jump in Battle mode. Players can even choose to use a new Smart Steering feature, which makes driving and staying on the track easy for novice players and kids, even at 200cc.,” we read in the press release.

Mario Kart 8 Deluxe will work in 1080p on TV mode with no resolution confirmed for portable version (720p is expected). The game will be available starting April 2017. A few screenshots for you: 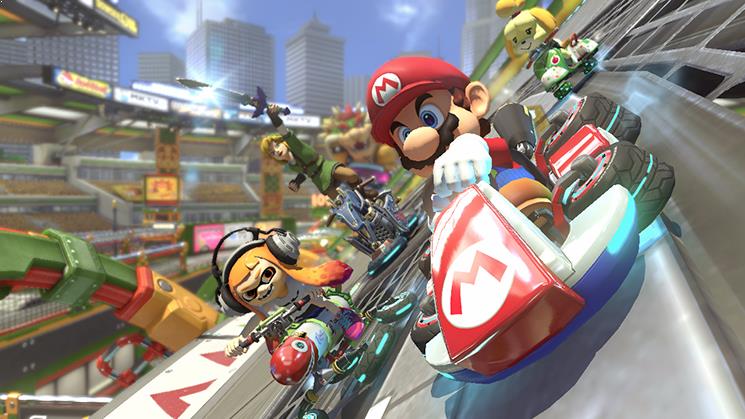 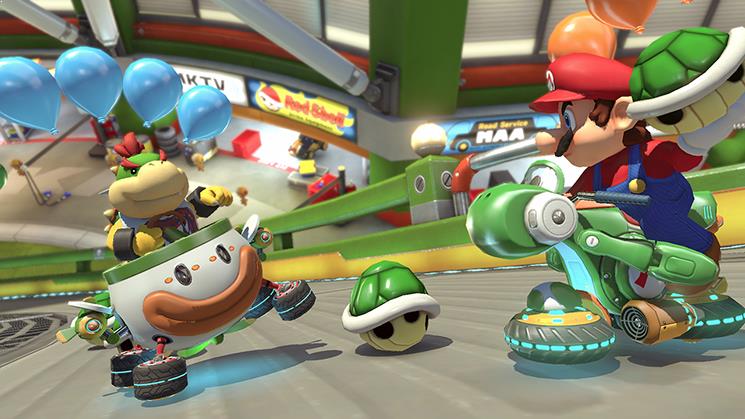 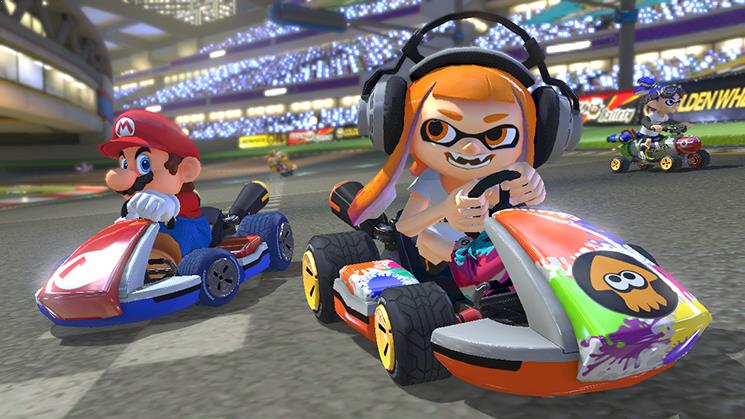 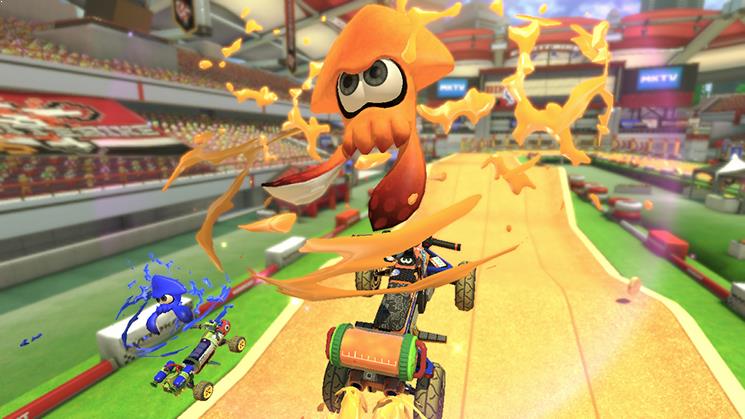 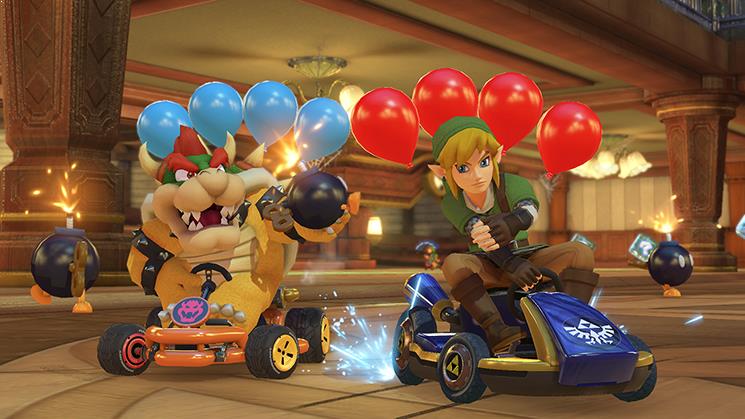 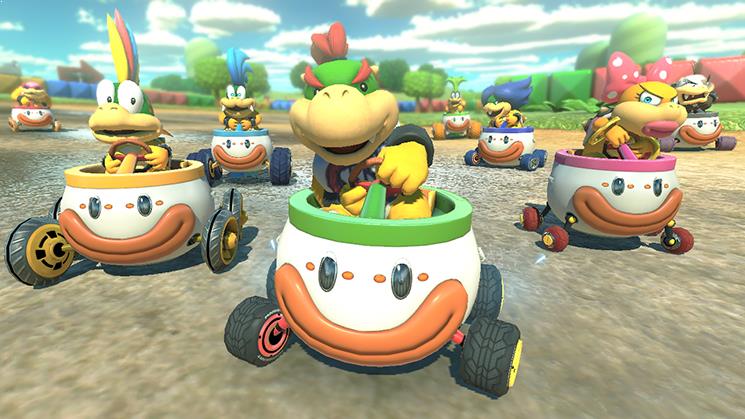 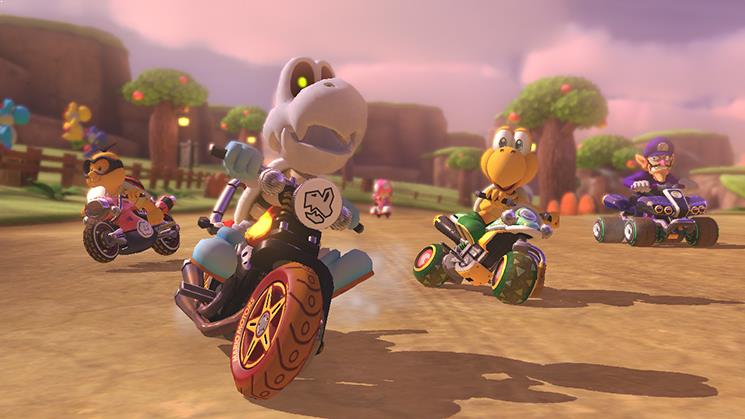 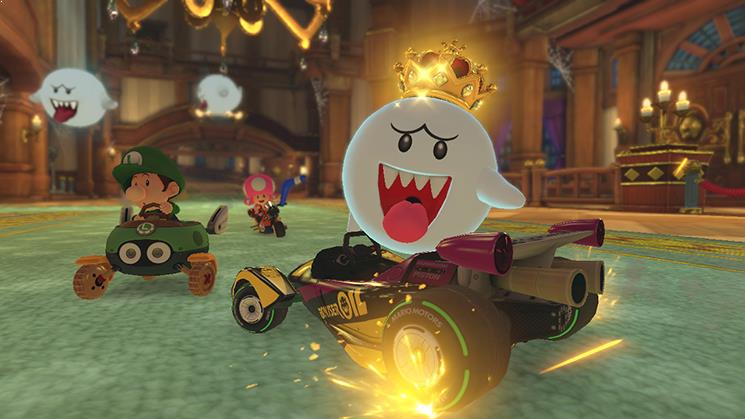 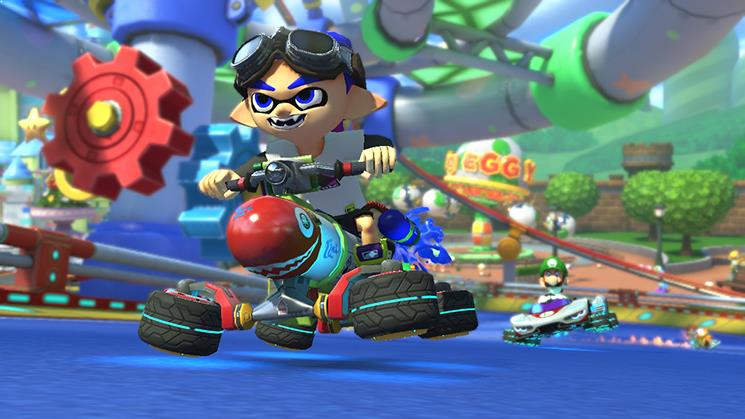 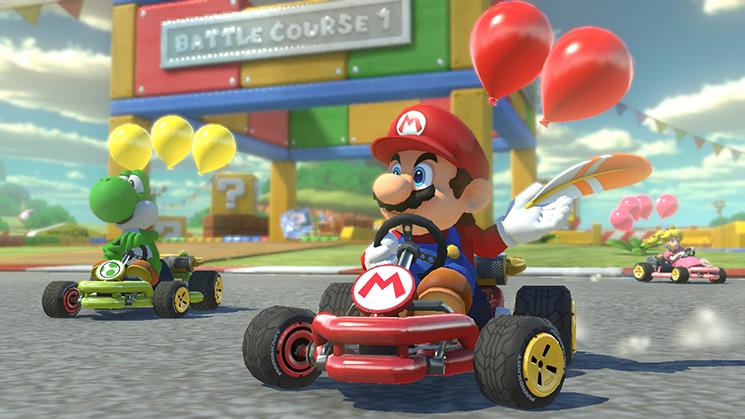