We finally learned when we’ll be able to put our hands on Metal Gear Survive. The game will be released on Xbox One and PlayStation 4 on February 20 in the US and two days later in Europe. 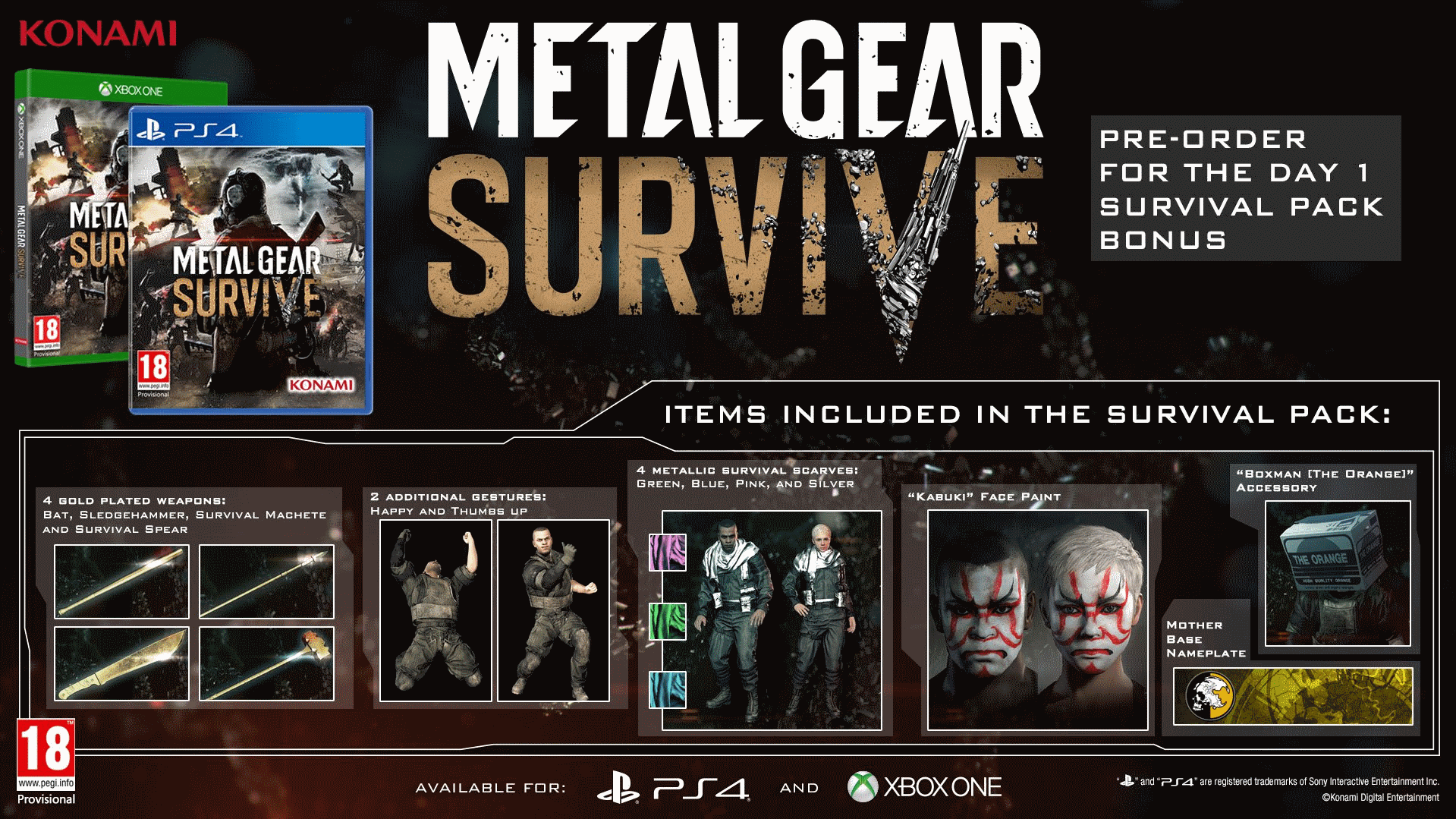 There is a PC version in the works but the studio has said that more information abuts that release will come in the near future.

As you can see in the image above there is a pre-order available which gives you access to additional weapons, gestures and other stuff.

This is your fault. I'm going to kill you. And all the cake is gone. You don't even care, do you? | Commentator, NBA Jam