Inappropriate stereotypes about disabled people aside, it’s fascinating how losing an arm (and ostensibly a source of his powers) only meant gaining more arms for Nero.

So Capcom held a conference at Pax West, talking at length about various aspects of the new title. What I want to focus on and what at least to me seemed to cause a lot of stir, is the new mechanics concerning various robotic arms Nero can equip. Skip to about 20th minute to hear what I mean. But you should probably watch the whole thing, there’s a lot of information here, including on some aspects that may have been confusing to fans, like the role of Kyrie in the upcoming game.

Getting back to the matter at hand (heh), as suspected the arms are pick ups scattered across the various levels. Think Mega Man charge batteries, I guess, but with more utility. This is very interesting, because it means the levels will presumably have something of theme, defined by which arms you can acquire. And there’s a lot more of those than previously suspected, not all of which have been revealed yet.

Of personal interest is the fact that every one of them has a backstory and a fitting design, complete with a thematic name (Garbera has a flower motif, Overture is thematically the first arm crafted by Niko, etc). Functionally, each of them is a Devil Arm (as in: a weapon infused with demonic energy, but it’s also an actual Devil Arm, so yey puns) as unique as any single weapon acquired in previous games. I mean not as unique as Lucifer, because nothing will ever be as unique as Lucifer, but still.

Also, I have to mention, Nero connecting with his female side via the Tomboy arm, which ostensibly “breaks the conventions” to the point of disabling certain gameplay mechanics is such a fantastic idea on so many levels…

Devil may Cry 5 everyone. Hype levels are off the charts. 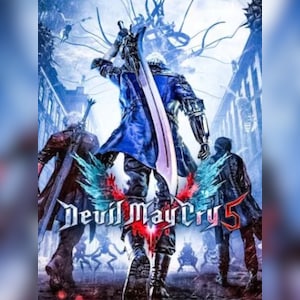