If looking around, walking and wagling your hands around in Skyrim VR is just not enough for you, you can now speak your dialogue lines out loud in order to select them.

A mod by the Nexus user Cuebit apparently synchs the game’s code with special voice-recognition software, allowing the player to select dialogue options simply by saying them out loud. A good microphone and removal of any ambient noise are recommended, as this thing is very much experimental at this point. Supposedly it works surprisingly well, but it’s far from perfect.

The point of it is to be fully immersed in the game, but personally I can’t oversee how silly it must be to have your girlfriend/boyfriend walk on you playing Skyrim and frantically shouting “I’d rather die than go to prison!” Although I have a hard time imagining this will actually make Skyrim conversations not feel stilted and unnatural, you could argue that conversations in real life also boil down to several scripted options leading to identical predetermined results. That’s how conversations at a family dinners feel like at least.

But this very well may be the stuff of the future. If you coded in a short period for you to give a response, Alpha Protocol-style, this could almost feel natural. 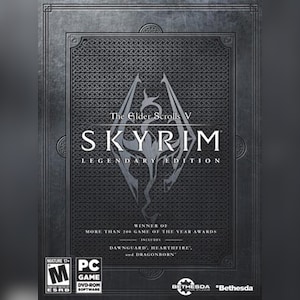