In a feat of irony a year ago you’d think too ridiculous to be real but now you just go “oh, yeah, it’s 2019, of course this is real”, Nintendo of America announced a change in leadership. 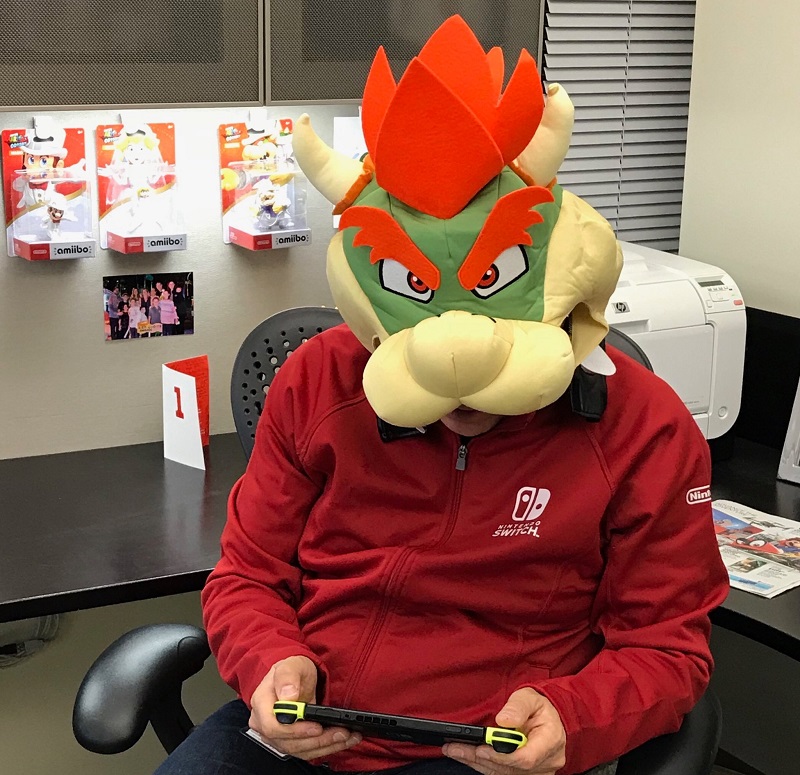 That’s right, Reggie Fils-Aime, the living meme who was never able to deliver us that coveted Sonichu game, was deposed. By whom you may ask? By Bowser. Douglass Bowser, to be exact, and yes that’s his real, actual name.

This sounds about right. I guess the only person capable of surpassing Reggie in meme-hood would be a person literally named Bowser. And this is not a marketing stunt or anything, Mr. Bowser (you wouldn’t be able to force me at gun-point to write this with a straight face) was asked if his name was legally changed and… no, that’s just his regular, family name.

I would very much like to say that Mr. Bowser has anything going for him outside of namesake and I’m sure his resume must have been impressive to someone out there, but unfortunately information about him is exceedingly difficult to find. He has a twitter account, which I’ll assume is real, stretching back to 2015 and he seems both self-aware and on-the-ball, but as far as I can tell, the man did not formally exist before 2015.

And I’ll just throw this out there: I would not be surprised if Doug Bowser was a project conducted by Shigeru Miyamoto himself to create a perfect, synthetic human (spliced with turtle DNA) and he only recently matured in the vats, ready to lead Nintendo. You laugh, but we all know rich people are reptoids and what taxonomic class do turtles belong to? That’s right, reptiles! I rest my case!

I mean alternatively, since we know Peach’s crown can turn Bowser into Bowsette… Does that mean there’s like a “Doug Crown” out there which turned the cartoon turtle into regular looking, bald, old, white dude? What would happen if Doug put on Peach’s crown? Nintendo, what are you not telling us, the internet must know!

All jokes aside, this is a beginning of a new era. I for one welcome our new turtle-man overlord and wish him the best of luck

Let the spirit of adventure fill you anew in Super Mario Odyssey, the newest and already critically acclaimed installment in the Super Mario series. Travel beautiful worlds to save Princess Peach from your turtle nemesis and discover the hero within to beat the odds. The world of Super Mario Odyssey is vibrant, colorful, chock-full of engaging puzzles and most importantly- fun.