Game Awards! A lot of very cool stuff happened, including but not limited to New Dawn blessedly not being a mobile game, a man in a fursuit winning at E-sports and a new game from the creators of Bastion.

But, sadly, I don’t have the time to talk about all that here. There’s going to be an article explaining all the details about the game awards shortly (going particularly in-depth about the game announcements), but before we do that, let me talk about just one thing that happened that I picked specifically because it piqued my attention. You’ll understand. Now let’s watch what folks at Obsidian are cooking up.

First, lets address the cheeky way in which Obsidian presents themselves as the original creators of Fallout. It’s certainly not wrong, I mean they did make the original Fallout. But the term “shots fired” comes to mind. Let us not miss the amazing timing of this announcement, coinciding with the massive damage control attempt going through Bethesda right now. Like I can’t even be mad, this very well might be something I’d be telling about to my grand kids.

Other than that I have to say, this gives me them Borderlands vibes in the best way possible. The washed out yet vibrant post-apocalyptic wastes, the sarcastic humor, the overbearing capitalist oppression… Smells like Pandora alright, which I think is a mixture of motor oil, puke, 60s female cologne and having nothing left to lose. What a beautiful scent this is.

Comparisons to Firefly are also not uncommon. Although at least to me it’s not very Fallouty, there’s a bit too much enthusiasm here. And with New Dawn also announced by Ubisoft, 2019 might become a year when every game is Fallout. Much like at one point every game was Dark Souls. <Something something, art is derivative, something something>. And yet it also somehow manages to beat Bethesda to the Starfield punch. Jesus Obsidian, slow down, leave some punches for the others, this is just a one-sided massacre at this point.

We know from what they already showed us that the game does indeed play very similar to New Vegas, sans the VATS system (which, can I just say… it wasn’t THAT great). Dialogue options are also a thing, with your choices being tied to in-game statistics. We know that you can use different approaches in conversation to achieve different results. You know, like in Fallout!

Seriously though, a more RPG-y take on Borderlands is exactly what I wanted. For much longer than you have any idea. Borderlands with meaningful choices, truly the stars were made for us! And hopefully the trailer shows one such choice in action, I presume that you actually have a choice in the game to shoot the heartless, faceless, evil corp executive or an innocent woman. Not much of a choice if you ask me, but then again I’m not insane (I actually do have papers to prove this, which is exactly what an insane person would say).

Also, I like that lady. She’s cool and a bit awkward. Than again your reaction to being put into a position where you just accidentally roped someone into an unnecessary and completely avoidable manslaughter would probably be awkward too. I hope she’s an important NPC. So yeah, loving it. The good folks at Obsidian have done did it again! 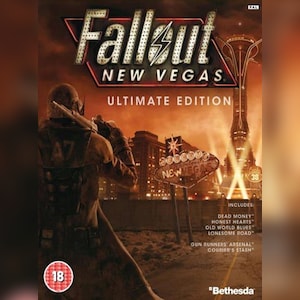