Konami has entered into a partnership with the English football club Arsenal to more accurately portray the team within the game. 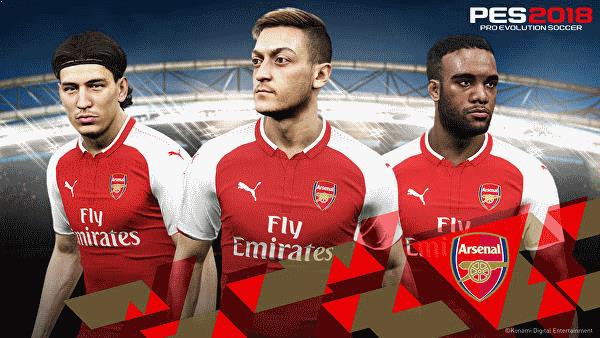 The deal means that not only will we get players represented with more detail but also have access to the official kits of the team and the Emirates Stadium, their home ground.

Jonas Lygaard, the director of brand and business development, had this to say:

“We are determined to work with the very best clubs football has to offer and are delighted to partner with Arsenal. The relationship we formed last year has gone from strength to strength, most notably when Emirates Stadium played host to the PES LEAGUE World Final. As such, we were keen to work even closer with such a highly regarded club and the new agreement will allow us to perfectly recreate and feature Emirates Stadium, and the club’s many stars, within PES 2018.”

Pro Evolution Soccer 2018 is out now on PlayStation 4, Xbox One and PC.

If realism is your thing then Konami delivers on all fronts. Feel the magic of Football.