Every frame is key.

Slightly Mad Studios are doing everything in their power to ensure that their racing sim will be up to the best standards in every way. Graphics is one of the important ones.

There is, of course, a push for the best visual quality of the game and ensuring it looks beautiful across all platforms. But never at the cost of running smoothly.

Rod Chong, the studios COO, stressed that in an interview with Gamespot:

“You’re always pushing boundaries. You’re always pushing new rendering features. New areas of the physics engine, which are taxing the processors more. If the performance starts dropping off or the frame rates are not maintained in the way that you want, that can be challenging. Our bare minimum is 60 frames per second. It must be 60 frames per second or death. The feeling of the car is not there [if the frame rate is] below that. Or if you’re in VR, you start getting ill below 60 frames per second. We have the optimisation worked out reasonably well now, but certainly, there have been so moments where had to really push hard to optimise, optimise, optimise.”

Chong compared the racing sim market to an arms race where each company is always striving to hit the jackpot with a visual fidelity and immersion.

Project CARS 2 will probably look best on PC but if you’re thinking of the console version Slightly Mad acknowledged that Xbox One X will be significantly better than PS4 Pro.

The game is out on September 22. 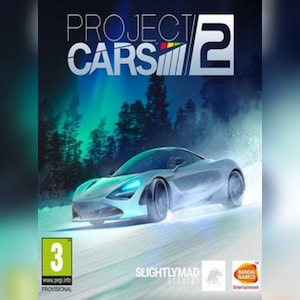